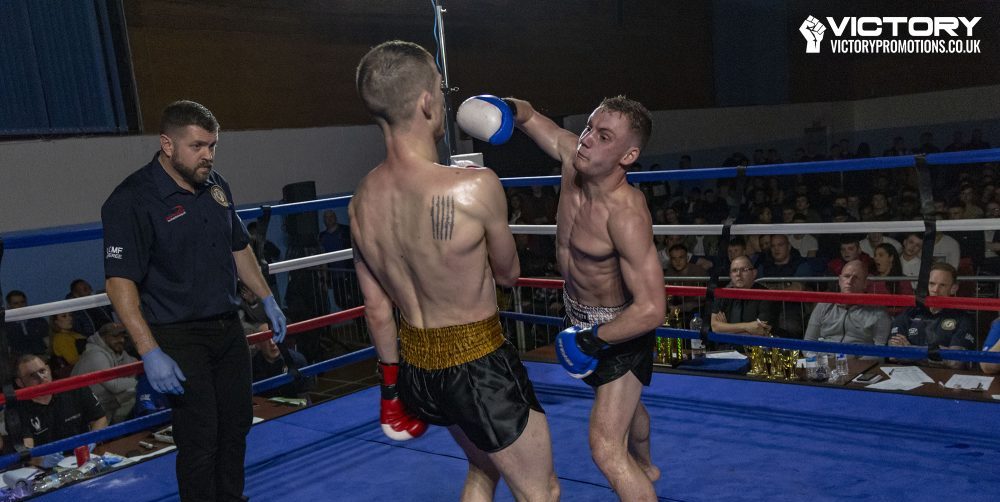 After winning the UKMF British title when he beat Jack Cooper at Victory IV in December, Liam McGrandles will now step up against European opposition as he looks to claim the WBC European title when he faces Sweden’s Kenny Hong at Roar Combat League 13 in Birmingham tomorrow night.

Currently on a good run of results, McGrandles has beaten the likes of Daniel Jedzrejewski, Nauzet Trujillo, Cezary Zugaj and many more, and now looks to stake his claim as one of the best in Europe by claiming the prestigious WBC European title.

Our reporters spoke with the Corefit UK fighter ahead of his fight with Sweden’s Kenny Hong in his hometown of Birmingham this weekend.

How has training gone for the fight with Kenny Hong this weekend?

Liam: “Training has been great for this fight. As usual, I’ve been working on ways to improve and I’m feeling the sharpest I ever have.”

Do you know much about your opponent?

Liam: “I’ve seen a few clips of my opponent but haven’t looked into him too much. I know he’s got a good all-round style, so should be a good fight.”

Any specific game-plan for this fight?

Liam: “No specific game-plan really. Just going to pressure him and look to land some big shots!”

What does it mean to you to be fighting for the WBC European title?

Liam: “Fighting for the WBC European title is massive for me. Winning this title will be my best achievement yet and will open up a lot more opportunities for me.”

You’re on a good win streak and beaten some good names, who is on your radar on the domestic scene?

Liam: “On the domestic scene, I really want the fight against Jack Kennedy. He’s ranked above me and rated highly, however I know it’s a fight I can win. I’d love that fight to happen this year.”

Any other fights booked in for the remainder of the year yet?

Liam: “I’ve got nothing else booked yet apart from the IFMA European Championships in Belarus in November.”

Finally, any message to your opponent this weekend?

Liam: “Good luck to Kenny this weekend. Hopefully we can put on a great fight for the people watching.”