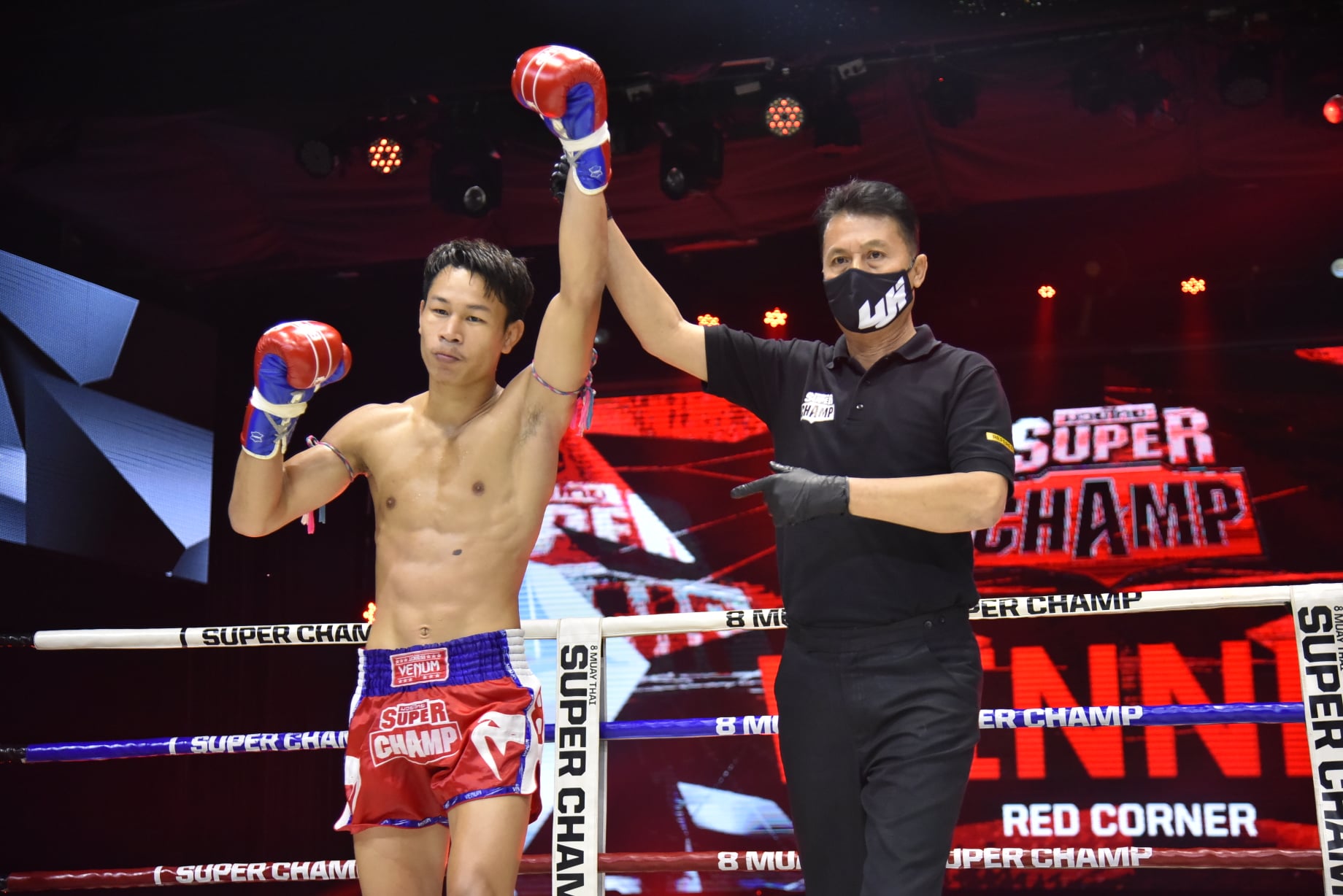 After two-and-a-half years away from Muay Thai competition in Thailand, the former Channel 7 Stadium champion made a successful return to the Motherland with a stoppage win over Brazilian Danilo Reis at Muay Thai Super Champ last month, and continued his dominance with another knockout win over Omar Semet today.

After downing his opponent in the first round with a vicious elbow, Littewada then landed a gruelling body kick to the liver which dropped the Turkish fighter who couldn’t recover before the count from the referee.

Littewada Sitthikul 🇹🇭 is declared the winner in his fight against Ömer Semet 🇹🇷 on Muay Thai Super Champ. Littewada knocked his opponent down with an elbow, then finished the fight with a left kick to the midsection in the 1st round. ••• 🎥: @muaythaisuperchamp_official @thaich8 ••• #muaythai #littewada #knockout #ko #kick

The 2015 Channel 7 Fighter of the Year and 2017 Lumpinee Stadium champion has now two straight knockout wins over foreign opponents on the Thai Channel 8 show, but who do you think he should face next?

Will we see him continue to challenge foreign boxers on Muay Thai Super Champ or will a move back to the Stadium’s for some elite domestic action be next for Littewada Sitthikul?