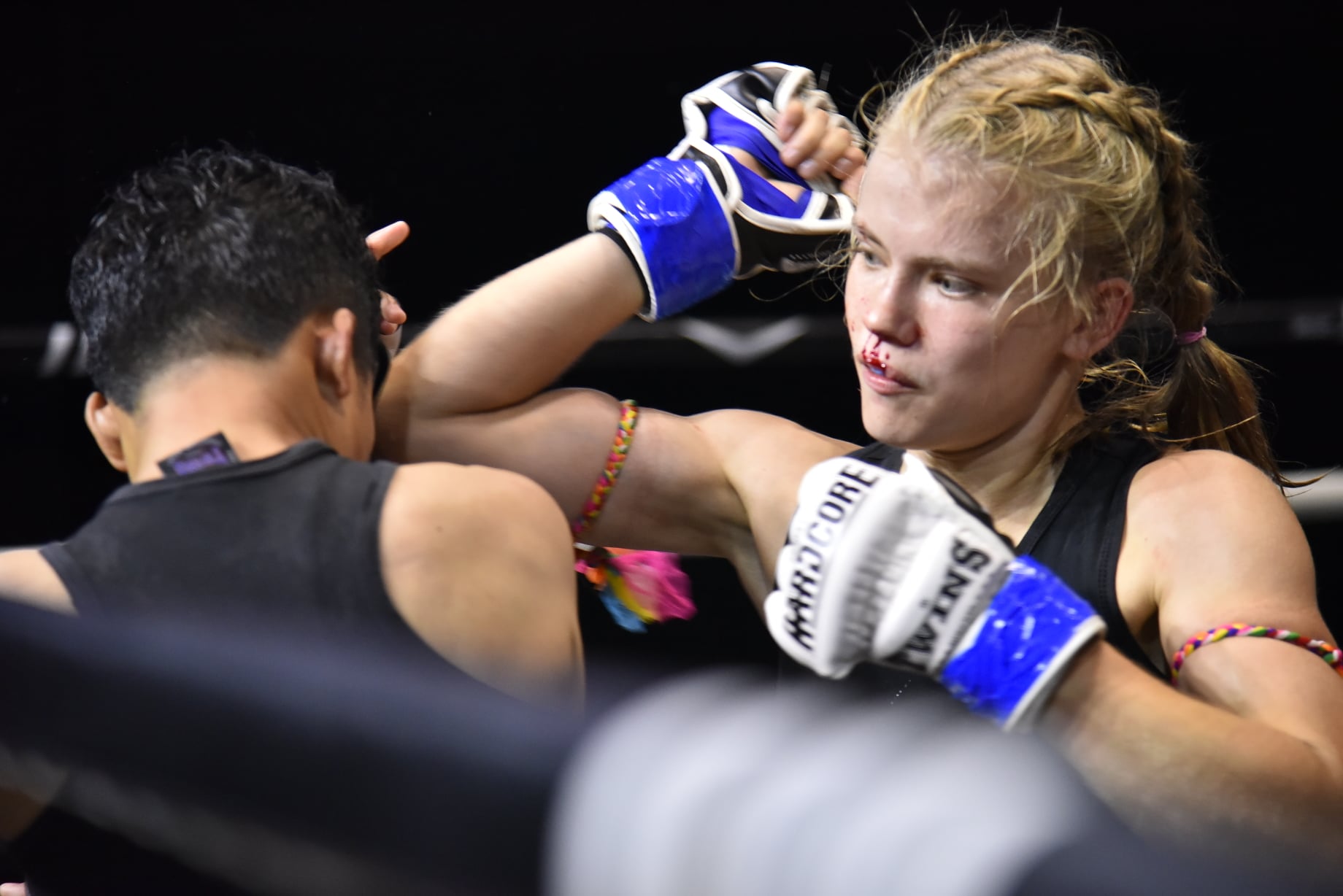 After a successful ONE Championship debut against Little Tiger at ONE: NO SURRENDER III last month, Marie Ruumet made her return to Muay Hardcore earlier today facing one of the best female fighters in Thailand.

The Estonian Muay Thai fighter faced Lommanee Wor.Santai, who has over 100 fights in her career, holding a 93% win rate.

After a strong exchange in the opening rounds, Ruumet seemed the stronger of the two, but a glancing strike from the Thai star bloodied the nose of the Estonian in round two.

Later in the round, however, Ruumet began to show her strength by controlling the distance, jumping in with knee strikes and engaging in the clinch before throwing numerous elbows and punches which seemed to stun Lommanee as the bell rang to end the round.

The third round saw the “Snow Leopard” continue her domination as Lommanee visibly began to tire and back away, being cornered by Ruumet’s relentless attacks who eventually took the points win in what is possibly her biggest win of her career so far.

With a hot win streak and two huge wins in the last few weeks, who’s next for the Estonian Atomweight Muay Thai sensation, Marie Ruumet?

Let us know who you think she should face next in the comments on our social media pages!

After a sensational ONE debut against Little Tiger a few weeks ago and a big win over Lommanee 🇹🇭 at @muay_hardcore today, who should the Estonian Atomweight face next? 🤔 . 👊: @marieruumet #ForTheFighters #FightRecord ____ #muaythai #kickboxing #boxing #martialarts #combatsports #snowleopard