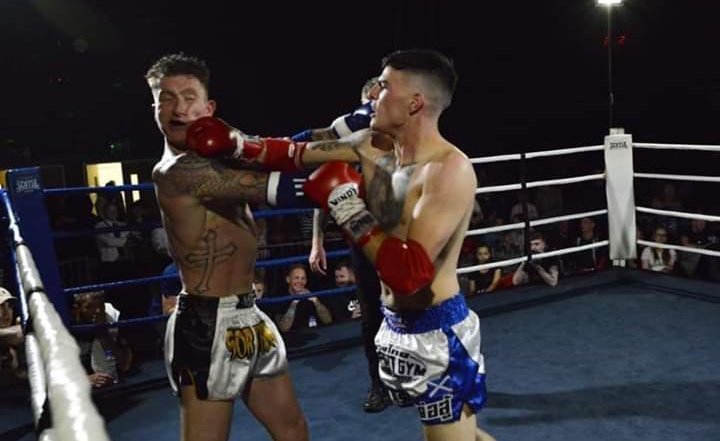 One of the bouts a lot of people were looking forward to at The Blitz 6 last night was between two highly-rated prospects in Michael MacFarlane and Craig Swan.

MacFarlane has been making good progress on the domestic scene recently, notching up a five-fight unbeaten streak, but he faced a tough test against the powerful striker Craig Swan and the bout lived up to all expectations.

The opening round saw Swan use his strong boxing, trading shots and landing some heavy blows as MacFarlane looked to close the distance and engage in the clinch.

MacFarlane weathered the storm in the early rounds and utilised his clinch and strong knees to wear his opponent down.

Much like his previous fight against Jake Allan at Evo Thai Boxing in March, MacFarlane continued to bury relentless knees into the body of Swan over the second and third rounds.

His opponent had no response as he continued to take punishment to the mid-section, and after taking a couple of counts, the referee called the fight off in the fourth round when Swan was unable to continue.

With the win, MacFarlane is now unbeaten in his last six and registers a sixth stoppage from his seven career wins.