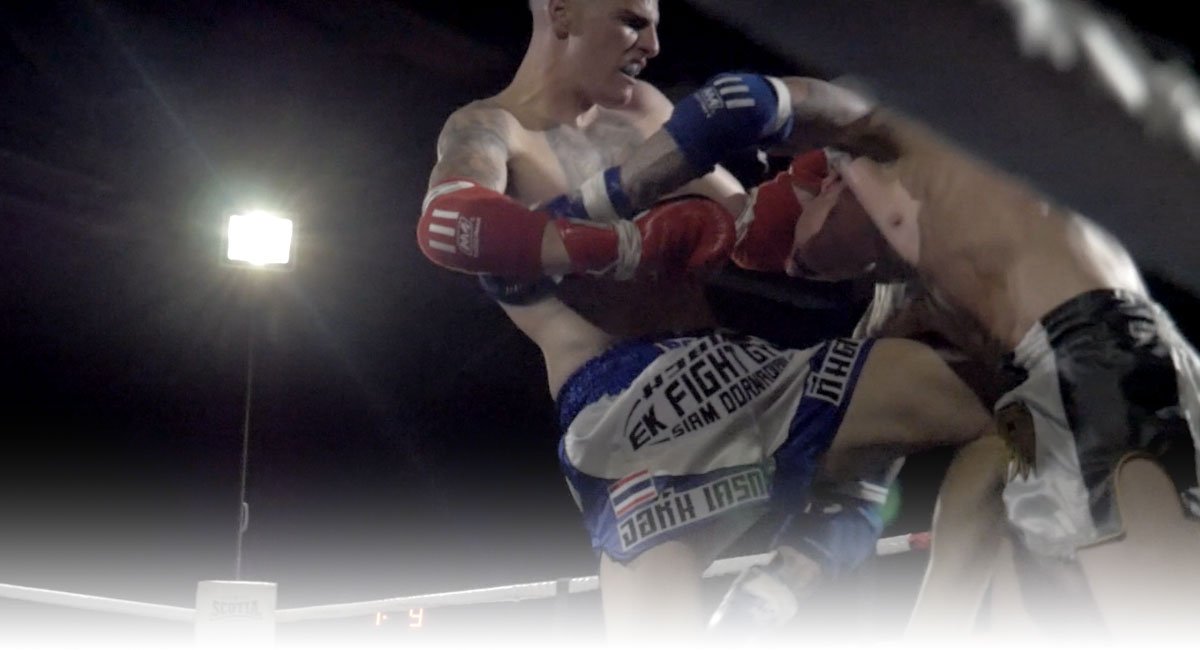 Michael MacFarlane is back for his fourth bout of the year when he faces fellow-Scot Josh Young on his homeshow at EK Fight Gym’s ‘Siam Wars‘ in East Kilbride this Saturday.

Coming on a strong win streak, MacFarlane has stopped four of his last six opponents, dominating his most recent bouts with his clinch and knee style.

This weekend he faces one of his toughest tests to date when he takes on Glasgow-based Griphouse fighter Josh Young. We spoke with MacFarlane to get his thoughts on the upcoming bout this weekend.

“It’s been a hard but good fight camp. Lots of our boys from EK Fight Gym are on the card so there’s been a good atmosphere in the gym.”

When asked what he knows about his opponent and his style, MacFarlane replied;

“I never really look into my opponents, I just show up and see what they have for me. I did see his last fight against Brandon however. It was a good fight to watch, but from what I saw his style will not be able to handle mine.”

When talking about his style and gameplay, MacFarlane continued;

“Everyone knows by now that I like the clinch, but to be honest it’s not even my favourite part of the game. I’m happy with my skills in every area, it’s just been the last few fights that have ended up with me using the clinch.

“Sometimes I don’t even prepare a particular style or know what I’m going to do, so good luck to any fighter that thinks they can prepare for me.”

When asked about what’s next for him and his plans for the future, Michael said, “I have another two huge announcements before the year is up. After those we will see where I’m at.

“There are a lot of people out there who I’m sure are game for a dance so we will see who wants it next.”