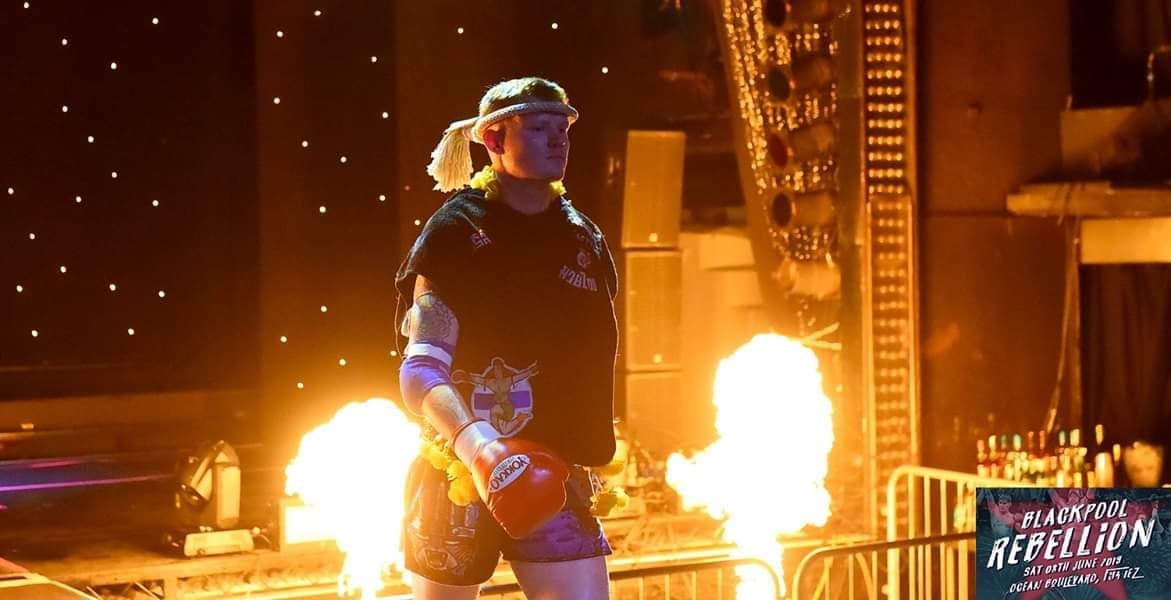 UK #5 Cruiserweight Mike Moxon recently won the Southern Area title with another stoppage win and is being touted as one of the rising stars in the 82.5kg division.

The Mungkorn Dam Sityodtong fighter from Leigh-on-Sea has registered back-to-back stoppage wins as well as two victories over the high-rated Sam Brown on his way to winning the Roar Combat League British title earlier this year.

It was recently announced Moxon will face Benjamin Mason-Gallagher for the WBC National title at S3 Fight League in October.

We spoke with the Cruiserweight prospect to get his thoughts on the upcoming title bout and how far he thinks he can take his fighting career.

How has the year gone for you so far?

“It’s all about keeping that momentum going, staying focused and proving myself every time I step into the ring and hopefully get more opportunities to fight on the biggest events in the UK.”

How do you feel about the WBC national title opportunity?

Mike: “I am absoutley buzzing to fight for the WBC National Title. It’s a huge opportunity to fight for such a great title and it gives you that extra motivation to push yourself harder than ever in fight camp. That belt will be mine!”

Who else in the 82.5kg division would you like to fight and why?

Mike: “Anyone in the division can get it. I currently have the Roar Southern Area Title and the Roar British Title, and I want to add the Roar European Title to the collection at some point.”

Can you see yourself becoming #1 in the UK? And how would you achieve that?

Mike: “If your goal is not to become #1 then what is the point trying to just compete? I believe I’m a bad match up for any one in this division and as long as I continue to work hard, improve my style and continue winning, then I will go right to the top.”