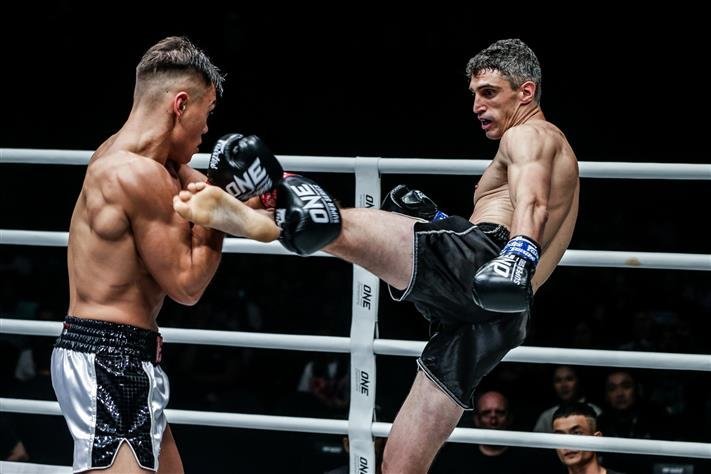 There’s a general consensus among all promoters at the minute. Pull-outs are happening at ridiculous levels compared to the stoic good old days. The rapid rise of social media out of nowhere often takes the blame, with the cliched post of the keyboard warrior with 32 agreed fights and 32 pull-outs going viral…on social media. While there may be a few individuals not far from that, in most cases it’s a slightly more complex issue that goes deeper.

I feel a little sorry for young fighters coming into the game now compared to when I started. I had my first fight in 2009. Facebook was just coming into own, but to me it was still something that was used with for jokes with your close mates and perving on girls (not everything’s changed). I didn’t even have a smart phone till about 2014, so filming or taking photos of my training was not an option. For my first 5 or 6 fights not a single status, photo or video was put online, and any mates had either come to the show, text or ring me after, or simply just wait till they saw me in person to find out how I’d done. My motivation for fighting was internal, not external. Sure, I felt pressure to represent the gym and my coaches well, but aside from that I was fighting for me and me alone. I was never a great ticket seller, so my coach usually matched me up as an away fighter, touring shows in Scotland or down south fighting the local ticket sellers wherever the show was. I honestly can’t say how I would’ve fared mentally in those early days if every fight was being filmed on 10-15 different phones, there were posters all over Facebook and Instagram, and there was a chance of everyone seeing me get sparked in a GIF in various WhatsApp groups.

Nowadays there’s much more pressure for fighters to earn a social media following by breaking the internet in the belief it will help them sell tickets. I get the impression sometimes that some fighters must spend a large chunk of their limited training time devising what will make a good video, or paying their partners back by filming others. I’m really not sure how they do it, especially most of them must work full-time, and some might even have children. When I’m hitting pads or sparring, the only use for my phone is as a round timer, and I’m far too focused and busy to even think about getting a cool camera angle. If you follow me you could be forgiven for thinking I spend more time playing around on the gymnastics rings/bars because there might be more videos of that…This isn’t the case at all, I do far more Muaythai training. It’s more a case of when I’m playing around with basic gymnastics/calisthenics or whatever want to call it, I’m playing and having fun, so I’ve got time to think about how I can sell out for likes on the gram (should probably start taking my top off more often though).

Social media is here to stay and a game that must be played, but there’s a few catches I believe people should consider. Firstly, I’m really not sure if posting loads actually helps early fighters sell many (if any) more tickets. Some people are popular and have a big entourage of family and friends that will follow them up and down the country, some people don’t. There’s probably not a lot you can do you’re in the latter group. I was in the latter group for my first 20 or so fights. I wasn’t exactly a billy no mates, but most of my good friends don’t care for fighting, so I was never going to waste time and energy pressuring them into spending their hard-earned money to come and watch me knee some bloke in the face. My Dad has been to one of my fights, my Mum none. There were times when I might have been a bit bitter about this, but generally it’s a blessing. When I’m with friends and family we barely talk about my fighting (which is all I talk about in the gym where I work), and I get to have a break and have some normal craic. I only started to sell a respectable amount of tickets when I started coaching, so could sell tickets through the gym and through the University Club I teach at.

If you’re fortunate enough to have a big following, sure, you have an advantage early on. You’ll get more opportunities and get on the big shows quicker, but there’s catch to that too. Your chances of getting thrown in the deep end before you’re ready are much higher, and with that comes less chance of longevity. If, however, you don’t naturally have a big following, you have to take the long road. You have to earn your opportunities on the big shows by beating top people in your weight category. As a result, you’re much more likely to be ready for that level and give a good account of yourself. I’d had about 20 fights before I finally got the chance to fight on shows like Yokkao, so I was ready. I’d had over 30 fights when I started getting credible title shots, and again, I was ready.

Lastly, the more you parade yourself on the internet, the more at risk you are of making your motivational external, the likes and followers, how others perceive you, getting a reputation for being a hardman etc. This, in my opinion, makes you destined to not go nearly as far than if your motivation is more internal and for the love of the sport.

Why do I bother at all then? Well, I’m also a coach and self-employed. One thing I have noticed over the last few years is social media does have the ability to gain clients and therefore earn me money. Many of my posts generate queries from potential clients, so it’s a no brainer. Posts that I make, however, are limited in their ability to sell more tickets for fight shows than I normally would. The one thing over the years that has generated more tickets than I’d normally sell are professionally filmed and produced promotional videos. I’m lucky to live in Newcastle where Fight Record is based. When Gary Thompson first started filming videos of me for Victory Promotions, I suddenly started getting messages off people I hadn’t seen or spoken to for years, and never thought would want to come and support me, saying they wanted to come and support. Additionally, the photos I share that get the most likes are normally professional photos taken of me during competition, not some post-workout selfie of me flexing in the shower.

So, what can you personally do about it if you’re not a natural big-ticket seller? My advice would be to take the long road and earn your opportunities through your results. Your following will grow organically over time, not overnight. Put posts out maybe once or twice a week to keep the promoters happy and show your making some effort. Forget about flooding the internet multiple times a day, this just irritates people and they’ll either unfollow or just ignore you. Don’t be a twat at shows and if you fight well promoters will probably want you back. Eventually you’ll be at the stage where promoters will be approaching you for the kind of quality content that will help boost your profile. There might not be an abundance of film producers around now, but there are far more than there were 10 years ago. The sport is growing at an alarming rate, and who knows where it will be in another 10. So, if you really want to do it, get your down and train your arse off. Be a fighter and an athlete first, an ‘influencer’ or whatever they call it second.

If you’re in it for the likes and self-indulgent vanity, you’re in the wrong game. There’s plenty of vacuous reality TV shows that represent everything that’s wrong with the world for that.