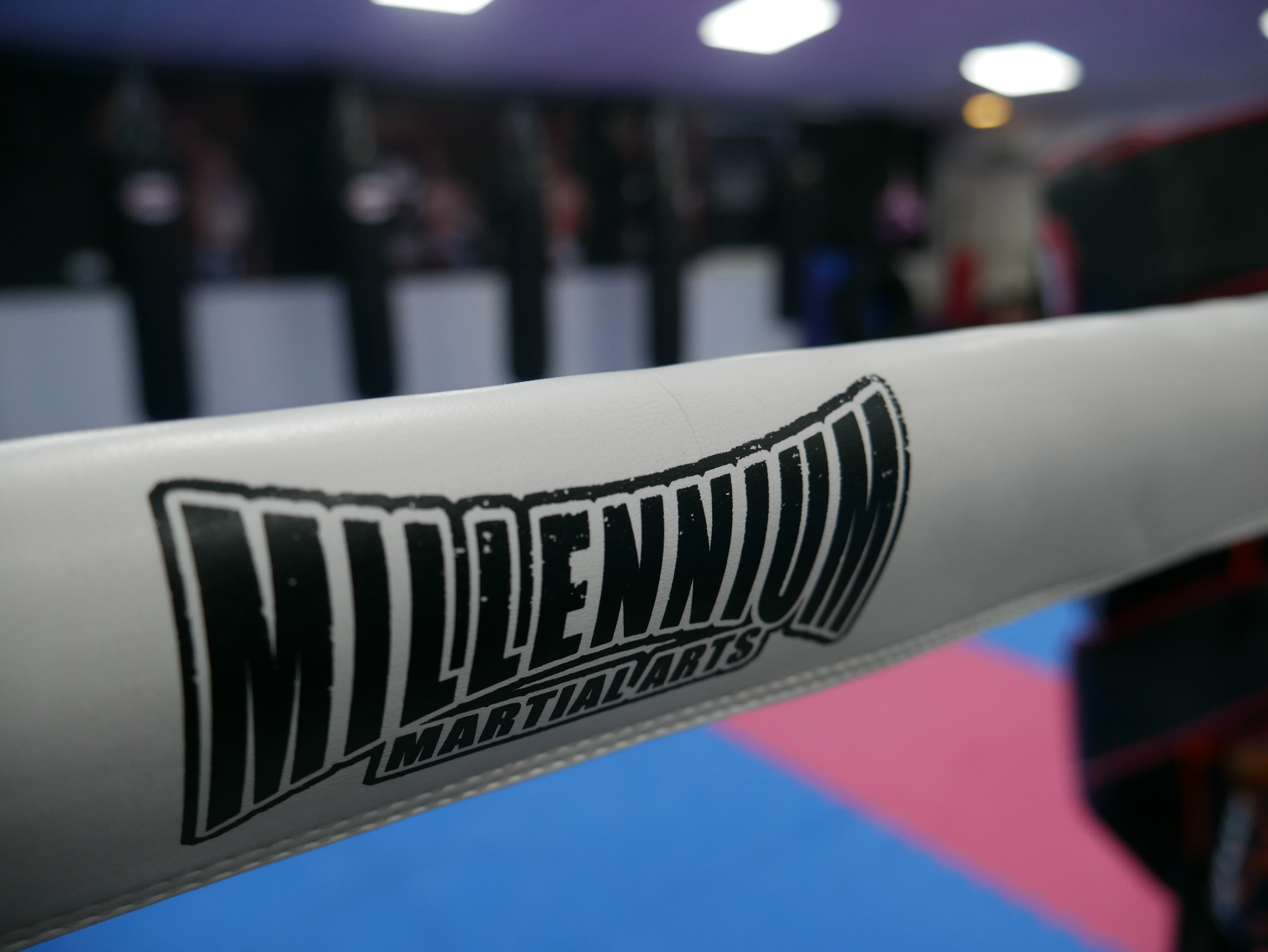 Walking up the stairs into Millennium, the space that is available for training is awesome. There is a ring in the bottom corner with a strength and conditioning area. Gary and Dom were there quite early to be able to get set up quite efficiently.

There were around 20 fighters there, who were to be added to the Fight Record database. All of whom, were overjoyed at our appearance just after Christmas when they were all naturally at their ‘leanest.’

All of the fighters were there for a sparring session on a Wednesday night so we managed to capture some lovely footage of them all training which will be posted in due course but seeing them all putting the hours is always exciting to see.

Millennium Martial Arts is known for its annual ‘Home Show,’ which is currently in preparation for its ninth appearance. A full roster of professional class K1 which has helped spear Millennium into the spotlight. Generally appearing at the Blyth Leisure Centre, the last Home Show was absolutely electric and are sure that the next event will not disappoint.

All in all, another fantastic experience at another well-represented gym and everyone there was as professional their reputation. Thank you to the Millennium Martial Arts team for being so hospitable and welcoming and we hope to see you again very soon!

Don’t forget, Fight record recently visited Northern Kings in Newcastle last week. I wonder who might be on the cards for next week. Another top Muay Thai gym that everyone knows of. To be able to go and work with these guys coming up is definitely a tick off the bucket list. Super pumped for it! Announcement coming soon!