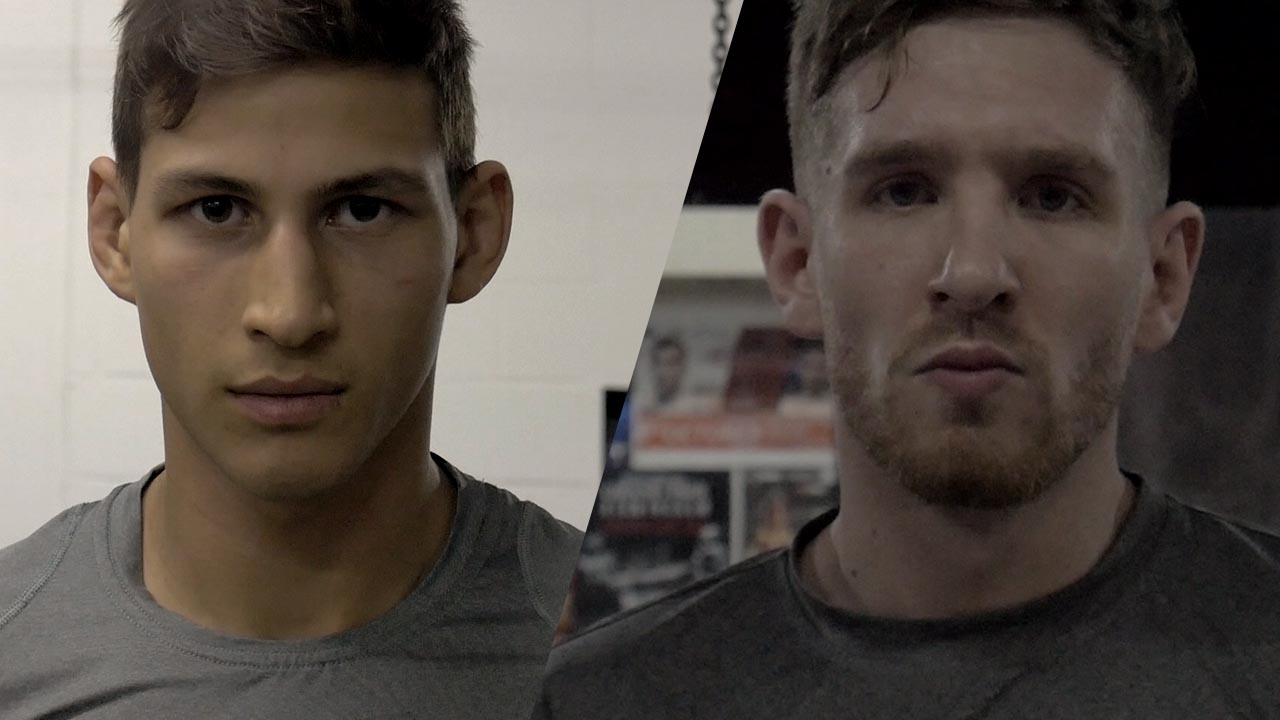 Headlining Victory Promotions card on Sunday 23rd May, Jack Kennedy will face off again Mo Abdurahman for five rounds under A class rules. Both fighters are highly ranked in their respective divisions and have a wealth of experience behind them. Kennedy will be looking to break Abdurahman’s winning streak which includes the likes of Craig Coakley and Ryan Braillon.

Jack Kennedy is currently ranked at number two in the UK at welterweight (66.6KG) and has a record of 32-8-2. Amongst that record includes bouts against Craig Coakley, Nathan Bendon and Brian Totty. This name rich record belies Kennedy’s time in the sport, having started Muay Thai relatively late (not until his late teens). However, Kennedy has risen spectacularly in the time he has been competing, competing and beating those with longer amateur pedigrees.

Kennedy’s last fight in the UK was on Yokkao 43 against Brian Totty in the most clinch heavy engagement seen in the promotions history. Totty is known for being strong in the clinch (especially for a farang) yet Kennedy was able to hold his own. Although the bout was declared a draw Kennedy proved he was capable of engaging in a gruelling fight stamina wise for the full five rounds.

Whilst engaging in the clinch with Totty, Kennedy frequently used his head to post under the chin of Totty (a habit of another successful UK fighter Myk Estlick). As well as being extremely uncomfortable for the opponent it also helps to control the head position. In addition, it becomes harder to elbow the brow of an opponent if it is buried in the neck of an opponent. Combined with Kennedy constant fight for control for the biceps of Totty helped to minimise the risk of elbows and cuts, meaning that the clinch become more knee and sweep focused.

A trademark of Kennedy’s are his unusual knee style. Often bringing the knee straight up and then driving it outwards in an L shaped movement rather than the traditional diagonal. It appeared to work particularly well when there was limited space between himself and Totty, allowing his to drive the knee into the stomach without risking a low blow. Occasionally Kennedy would also leave this in as a knee shield, pulling Totty’s weight over it to stall out an engagement.

Kennedy’s other stand out trait is his strong preference for the long guard. Extending his left arm outward and either folding his right across his face or leaving it pinned to his head. This can be an extremely effective defence, posting the arm on the opponent to prevent them closing the different and allowing straight blows to ricochet off the extended arm and shoulder. However, this does leave the person utilising the long guard vulnerable to blows to the body exposed ribcage and upper cuts coming underneath the guard.

Coakley made frequent use of this susceptibility, targetting the body of Kennedy whenever the long guard was used. The extended arm also meant Coakley was able to use his teep with impunity, with no fear of the kick being caught. Coakley also made good use of the uppercut to start combinations and looping right hands which caught Kennedy on the top of his head which was not covered by the long guard.

Possibly the most intangible aspect of Kennedy’s style is his durability and ability to control distance. He is very good at moving just enough to either get away from shots or take the worst of the sting out of them whilst maintaining pressure on his opponent and be in a position to retaliate. This constant “cooking” pressure can be exhausting to deal with, especially over the course of a five round fight.

Mo Abdurahman is currently ranked as the UK number two at super lightweight (63.5KG) and has a record of 39-11. Abdurahman has made a habit of upsetting the status quo and consistently winning fights that many people wrote him out of. With knockout wins over both Manachai and Craig Coakley, you quickly realise that this relatively young Thai boxer has a lot to offer.

Abdurahman is one of the fastest starters you will see in Thai boxing, completely disregarding the traditional slow, measured approach favoured by traditionalists. He has an extremely dynamic and unique style of fighting which is quite unlike any other Thai boxer in the UK and is likely partially due to his mix of fights in kickboxing (including on the premier Glory organisation) and Muay Thai.

From the outset, Abdurahman likes to begin peppering both the lead and rear leg of his opponent’s leg with low kicks. In an orthodox vs orthodox match up, he will frequently step into a low kick using his lead leg to target the opponent’s (typically less conditioned) rear leg. He uses his rear leg low kick to either target the lead leg of his opponent or targets slightly lower and either catch the low shin or cut the opposite foot out.

The Southampton based fighter also shows a significant amount of deliberate head movement to a degree which is fairly rare in Thai boxing. Once again a likely result out of mixing with the boxing heavier K1 style. He frequently will try to time his opponent’s left jab and slip underneath it and countering with an uppercut whilst the arm is still extended.

When he is on the front foot and actively pursuing his opponent, he also uses an interesting lateral shift. Stepping his left foot out from an orthodox to a southpaw stance, before throwing the left hand into the open side of his opponent.

He also has a strong cross counter, either pulling back and throwing over the opponent’s jab, as they pull back a cross or as a counter to the high kick. Indeed, Abdurahman was able to wobble Craig Coakley with this counter as he drew him in along the ropes and attempted this repeatedly against Braillon.

If left to run rampant, Abdurahman is quite happy to overwhelm his opponent’s with volume, both Dean James (during the Power of Scotland tournament) and most recently Ryan Braillon have fallen victim to this. That being said, Abdurahman was able to rally after a stunning knockdown via a spinning elbow Braillon (mimicking the one Abdurahman has used on Coakley) but was still able to rally to get the decision.

The biggest criticism you can make of Abdurahman is that he does not seem to be nearly as comfortable on the defensive or when he is not dictating the pace of the fight. Suffocate his space and suddenly the lateral shifting punches become a lot less of a threat. Coakley also had significant success refusing to back off when Abdurahman tried to press forward and instead engaging him in the clinch which helped to take the momentum and wind out of Abdurahman’s sails.

Abdurahman heavy use of movement and boxing does tend to leave his legs open to kicking, his wider stance not being the most ideal for checking, In addition, Coakley showed that the body was often an extremely vulnerable target for Abdurahman, often able to land the knees freely.

Although there are certain aspects of this fight we can try and predict – such as Abdurahman coming out of the blocks fast – this is a fascinating clash of style and a lot seems to depends on Kennedy’s ability to slow down the fight. As previously mentioned, if left to run rampant Abdurahman will quite happily keep Kennedy on the ropes and use his dynamic striking style for the full five rounds. However, if Kennedy can slow Abdurahman down from the outset, he can try to drag Abdurahman into a slower more grinding exchange which favours a more conservative use of energy.

Both fighters play into each other’s strengths and weaknesses to an extreme degree. Abdurahman’s preference for the counter uppercut and a lateral shift to a southpaw cross seems to be the perfect antidote for Kennedy’s long guard. In conjunction with his much faster starts than Kennedy as shown in the past might lead you to think this could be a one sided affair.

However, Kennedy has shown his strong clinching skills and which would be perfect to slow down Abdurahman from the outset. Kennedy could repeatedly tie Abdurahman up and force the fight into a more grinding contest. In conjunction with his knees, he could limit Abdurahman’s output and hopefully tire him for the later rounds. Kennedy X factor is also his rubbery like ability to take the sting out of shots and maintain the pressure on his opponent. Such an ability could suffocate the space of Abdurahman and limit the space he has to shift.

The winner of this bout will most likely depend on Kennedy’s success in slowing the pace down and limiting Abdurahman’s output. If not then the Southampton fighter could run riot with his counter uppercuts and shift crosses resulting in a long night for Kennedy.