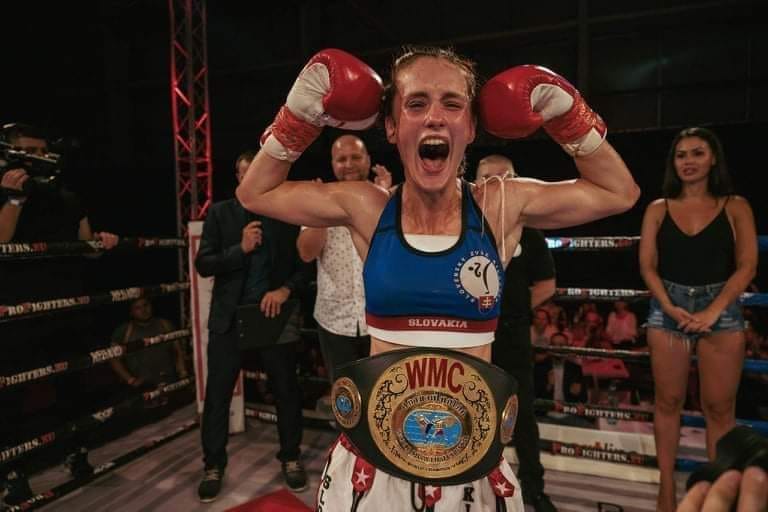 The Slovakia female Muay Thai fighter, Monika Chochlikova, was coming into this bout with huge momentum, having won her last eleven.

Her opponent, Funda Alkayis, a female Muay Thai fighter from Turkey, is better known for her appearances at GLORY Kickboxing during 2016 and 2017.

Since then, she’s made regular appearances on some of the biggest Muay Thai and Kickboxing events around Europe and registered a huge victory over Ruslana Vyniavskaya at FEA Kickboxing in Ukraine.

Last night at Muay Thai Evening 11 Araver Fight Night, however, it was Monika Chochlikova who came out successful.

Did you know? We track more than 6,000 Muay Thai and Kickboxing fighters around the World. Sign-up now to view Muay Thai records, biographies and fight history.

The huge female Muay Thai fight was the main event on the twelve bout card, which took place in Monika’s hometown of Trencin, Slovakia.

After five rounds, Monika Chochlikova was declared the winner and the new WMC Muaythai World champion.