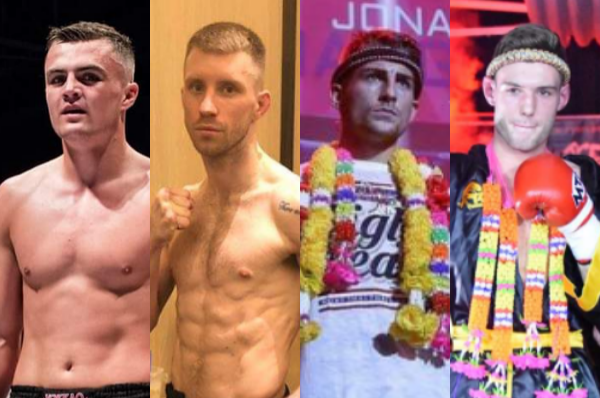 In the most recent update of the WBC Muaythai World Rankings released earlier this week, more than 20 fighters from the UK plus many more popular European fighters were included their respective weight divisions.

The Irishman, Dylan Meagher, who has a rematch with Rob Allen at Roar 13, is in at #7, Wicker Camp’s James Ogden ranks as #10 and Mike Clarke of Mike Tobin’s Gym in Leeds is #13.

In the Super-Middleweight (168 lbs, 76.364 kg) divison, Jersey Pinto of Kiatphontip gym in Leeds comes in at #11 and the current Thai Fighter UK 76.3kg #1 Owen Trykowski of Aberdeen Combat Centre enters at #20.

Another ONE Championship signed fighter, Liam Nolan of Knowlesy Academy, sits at #15 in the World and Jack Cooper of Chokdee Academy in York remains at #19.

Perhaps one of the most exciting divisions at the moment, the Welterweight (147 lbs, 66.678 kg) division, the UK #1 Charlie Peters is #9 in the World, with his arch-rival Liam Harrison close behind him at #10.

The UK #3, Jack Kennedy, is currently ranked #20 in the World, however after beating the current World ranked #13, Jeremy Payet, we can expect to see Jack climbing the rankings soon.

The Spaniard Nauzet Trujillo, who is most famous for his KO win against Reece McAllister, has also fought top fighters around the World including the current World champion, Manachai. Nauzet is currently ranked the #14 Welterweight in the World.

Next weight category down, the Lightweight (135 lbs, 61.235 kg) division, Dublin Combat Academy’s Craig Coakley is in at #11 ahead of Ognjen Topic at #12, who he has recently been rumoured to fighting on ONE Championship.

All Powers star and ONE Championship fighter, Panicos Yusuf, is ranked #13 ahead of 2 Technical’s Paul Karpowicz at #14.

Carlos Araya of Muay Pam Gym in Tenerife is in at #16, and Niall McGreevy, who beat Myk Estlick at YOKKAO 32, is at #20.

Another UK fighter who is signed to ONE Championship, Jonathan Haggerty, is ranked #9 in the World in the Super-Featherweight (130 lbs, 58.967 kg) division.

Pra Chao Suua fighter and coach, Dean James, is in at #14. Teammate Macauley Coyle is ranked #19.

Jacob’s last opponent, Simon Forrest, who won the bout at YOKKAO 31 via DQ, is ranked #20 in the World.

For all the latest news and updates from WBC Muaythai visit the website at: wbcmuaythai.com