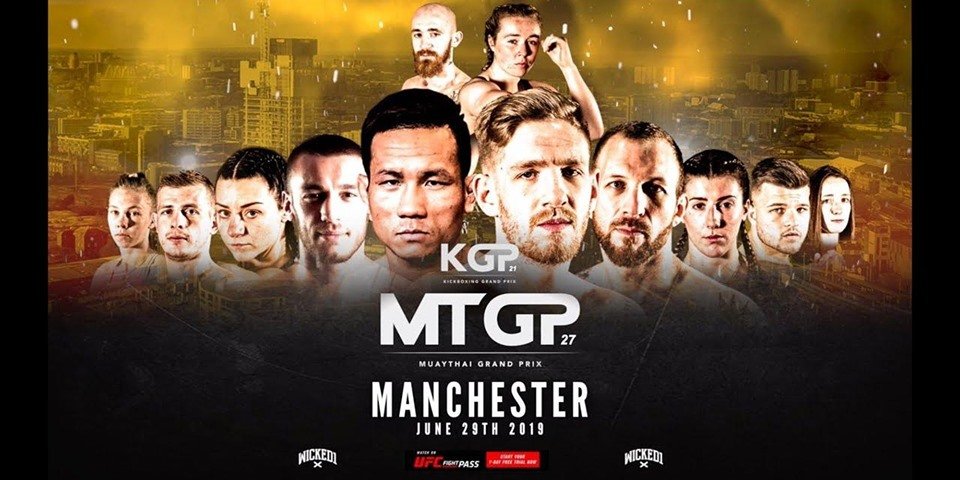 MTGP 27 is set for June 29th in Manchester and has already garnered a lot of interest with its array of quality match ups. Among these are well known fighters such as Jack Kennedy and the North East’s Leigh Newton. One of the most intriguing is the scheduled bout between Jack Cooper and Ricky Sewell, the main point of interest is that this will be Sewell’s first bout in a couple of years against a tough and experienced opponent.

Cooper is currently 43-10-1 and coming off a decision loss to Liam McGrandles at Victory IV in December, no shame considering McGrandles recent form and success in winning a European Title in April of this year. Nonetheless, Cooper has proven he is a force to be reckoned with at Super Welterweight (currently ranked as the UK’s number 3).

Cooper’s skill can be seen most readily in his bout with Christian Vasile back in 2018. One of the first things which stands out in this bout is Cooper’s constant stance switches between Southpaw and Orthodox. It is near impossible for a fighter to be equally good at fighting out of two very different stances. Having a naturally dominant hand often dictates the stance you will fight out of and your preferred weapons. The benefit of switching stances is that it opens up different avenues that would not otherwise be available if you remained in the same stance.

Cooper uses the two different stances to open up a different array of strikes dependent on what is required. During his bout with Vasile, Cooper used the southpaw stance to throw his left kick and left straight (the Southpaw bread and butter) down the centre and into the open side of Vasile. He also demonstrated a few instances of using a low left kick /trip to the inside of Vasile’s lead leg to temporarily knock him out of position and stall him.

Out of Orthodox, Cooper tended to use a more boxing centric game. Using his jab to build into his right kick or walking in knees. He also utilised the Orthodox jab to cover distance, attempting to get Vasile to cover up before moving in closer to begin throwing his elbows. This diversity in stances can also cause temporary confusion with opponents as they are forced to switch between there offensive capabilities in quick succession. For example, hooks are less effective in an open style match up (Southpaw vs Orthodox) as the opponent can duck behind their lead shoulder yet crosses work extremely well when the rear hand is lined up down the centre line.

Whilst Cooper performed extremely well in this bout, he did get caught a few times leaning back against the ropes which allowed Vasile to time his strikes as Cooper rocked back forward. This can bee seen in the first round with Vasile landing three elbows in quick succession during the first round. This is still a testament to Cooper’s toughness, being able to withstand such offence especially when Vasile was able to dispatch Adam Stanger within a single round.

Beyond his fight with Sewell, Cooper is looking to the future.

“I’m looking to fight again on Victory Promotions…Liam Nolan is ranked number one and there is a big stage over at One FC so that would be a good fight for me.”

Off but not out

Ricky Sewell last fought a couple of years ago against the now UK #1 (and world ranked #7) Joe Craven losing via decision. Once against, there is no shame in this with Craven going on to defeat a number of top level opponents including Ammari Diedrick, Jake Purdy and most recently a dominant performance over Chris Shaw at Yokkao 38. Previous to his hiatus, Sewell had built up a wealth of experience, fighting both in the UK and Thailand.

Sewell is under no illusions that this bout will be tough, but has faith in his abilities and coaches surrounding him.

“I wouldn’t make a comeback against a lesser opponent, it wouldn’t be worth my time. I know it’s a hard fight but it’s a winnable one. I’m not worried, I’ve had a much longer camp. I have a great team behind me in Panicos Yusuf, Dean James, Dan Mitten and will be 100% ready.”

Despite not fighting, Sewell has remained active, training with Panicos Yusuf at All Powers Gym in Stockport. Sewell has also become somewhat of a referring favourite, appearing on many of Yokkao’s event as a bout mediator.

“I have been coaching and officiating a lot in recent years and therefore my eye for both common mistakes and scoring has improved.”

Sewell says he is not looking beyond the current fight and is taking it one step at a time but did also mentioned that:

“After I claim the UK no.3 the obvious fight is the no.1 spot”

A rematch with Joe Craven would be something a lot of Muay Thai fans both in the UK and aboard would be eager to witness.

With most fighters, a comeback after a couple of years left would at least entail a few warm up bouts. Sewell is jumping straight to the top end of an extremely competitive division. Most people would see this as foolhardy, but Sewell has remained vigilante, training and officiating for the past few years. Cooper is also not using this as a prop for extra confidence going into this fight.

“Its only ever a fight, I’ve had the same time out and come back to win.” – Cooper

It is impossible to predict the outcome of this bout. Cooper could simply be too much for a first fight back, else Sewell could throw a grenade into the UK rankings by defeating the UK #3. Either way, expect the bout to be one to remember come June 29th.

“I know Jack will be busy and know how to win fights but that makes two of us.” – Sewell