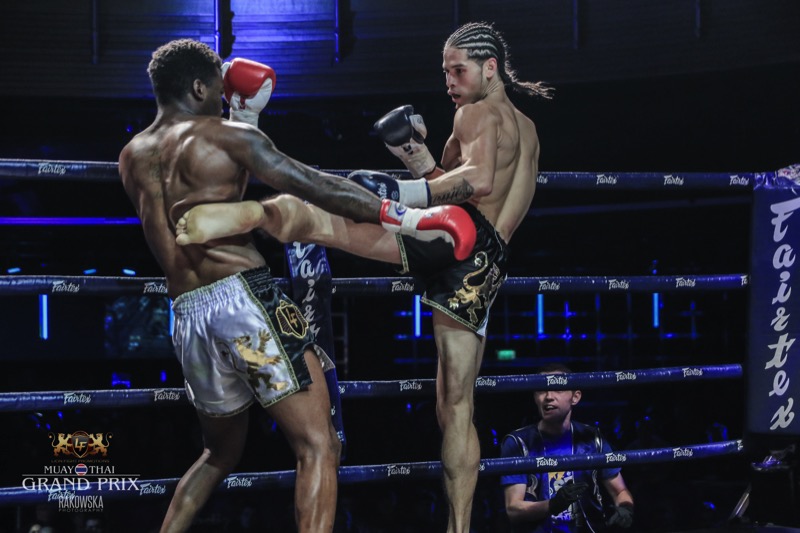 Muay Thai Grand Prix has been busy this past couple of years. Lots of exciting progress being made. Most recently was a collaboration between MTGP and America’s most prestigious event, Lion Fight.

Just a few short months ago saw the Lion Fight/MTGP collaboration come to life. In November of 2017, the most fearsome fighters from over the pond flew to the British Isles to compete against some of the UK’s best Muay Thai fighters.

This time around, this weekend (April 7th, 2018) Lion Fight is back with another belting show. Charlie Peters is defending his Muay Thai Grand Prix world title against Saemapetch Fairtex. The grudge match of Nicola Kaye and Grace Spicer will be round for the second time. Jersey Pinto will be put to the test in against American star. Joshua Aragon, who took to social media and said, “bringing the LA heat to London.”

Tomorrow will see the relationship between Lion Fight and MTGP run deeper. Giving fighters from both parts of the Atlantic opportunities that haven’t ever been available to them. Not only that but we see Frenchman, James Benal compete for the Inaugural 76.4kg MTGP world title against Marley Zwanenberg.

It has been great to see some media being produced in the run-up to this event. Seeing promotional content doing the rounds on social media, being shared giving insight into who the fighters are and who they are fighting prior to the event has been exciting. Seeing professional quality media being created for the fans to invest time in getting to know their fighters and their stories.

Kieran Keddle and the team at MTGP will bring some elite level matches with a production that will arguably be the highest quality in the UK. With it taking place in MTGP’s residential location, the Indigo 02 in the heart of London, be sure not to miss out!

The full line-up can be found at https://muaythaigp.com/events/mtgp15-presents-lion-fight/