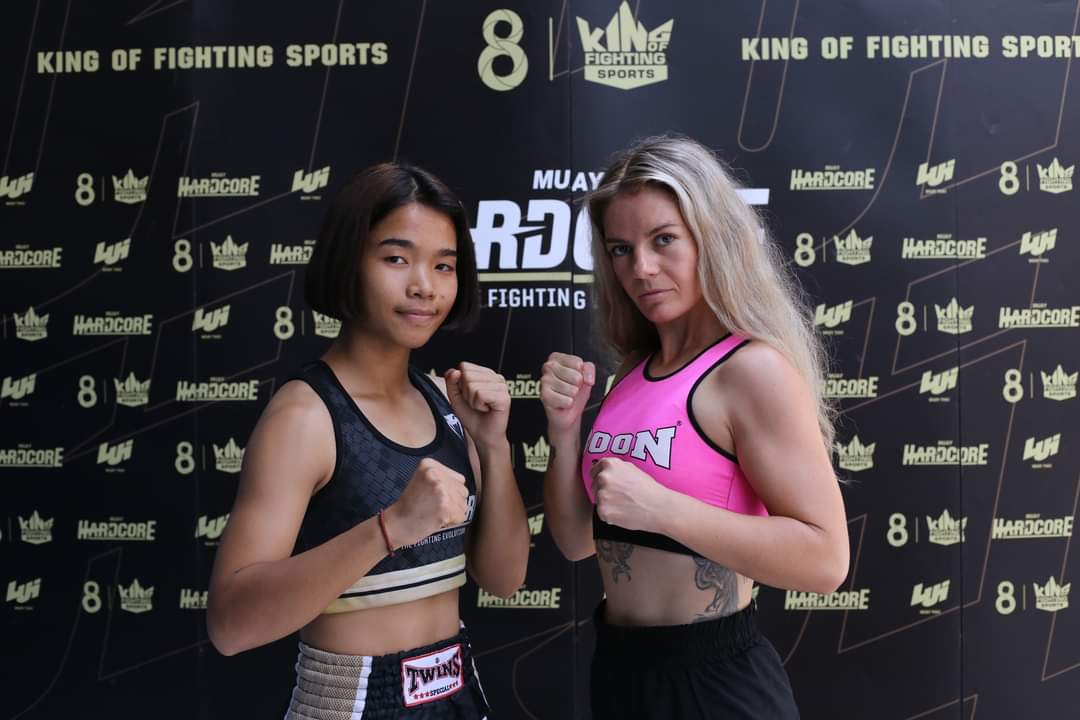 Earlier today, the fighters took to the scales ahead of tomorrow’s edition of Muay Hardcore.

In one of the female Muay Thai bouts on the card, Celest Hansen comes in as a late replacement for Karolina Arm, who suffered a back injury this week.

She weighed in at 52.6kg ahead of the scheduled 54kg bout against Karaked Por. Muengpetch, who hit the scales at 52.2kg.

Did you know? You can view all fighters records and fight history, plus 6,000 more Muay Thai and Kickboxing fighters around the World for just £1.99/month. Sign-up now.

How to watch Muay Hardcore?

As always, Muay Hardcore will be available to live stream for free via Thai Channel 8 YouTube channel.

It is also streamed live and free via the Muay Hardcore and Muay Thai Super Champ Facebook pages.

What time does Muay hardcore start?