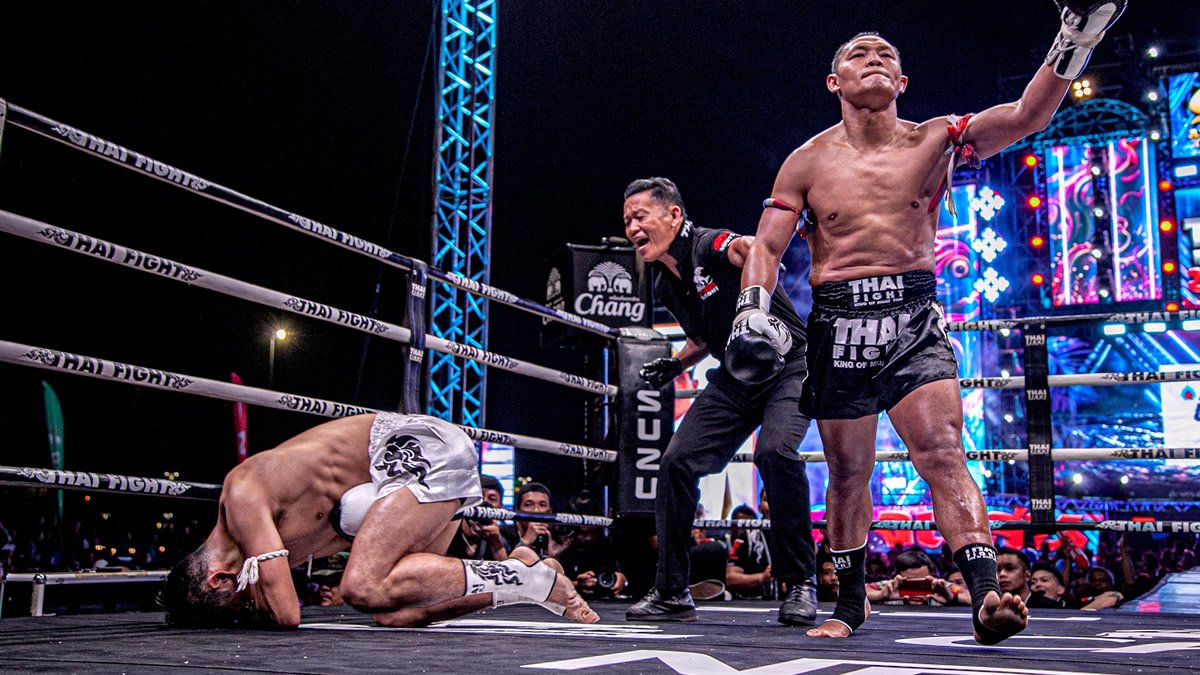 Earlier today, THAI FIGHT released an update with the full fight card for the next scheduled event. The event, which takes place on 3rd April, will see Muay Thai legend Saenchai leading the THAI FIGHT army as the main event once again.

Originally scheduled for December, the event was postponed due to the second outbreak of COVID in Thailand. Now the virus is under control once again, the THAI FIGHT army are ready to return to action.

The event is set to take place in Nan province. Nan is situated in the far north of Thailand, east of Chiang Mai and close to the Laos border.

Making the trip north are many of the THAI FIGHT regulars. They include Kongklai AnnyMuayThai, Iquezang, Kitti, PTT, Petchjeeja and of course Saenchai.

Muay Thai legend Saenchai has been a regular on the THAI FIGHT events for many years and is undefeated since joining the promotion in 2014. He has gone 44-0 in his THAI FIGHT appearances and is unbeaten in his last 57 fights.

In 2020 alone, despite almost 8 months inactivity, Saenchai managed to win 5 straight fights. In January 2020 he started the year by beating Shan Cangelosi at YOKKAO in Australia.

Now the Muay Thai super star is looking to kick-off his 2021 with another successful outing at THAI FIGHT Nan. He is set to take on American Seth Grande in the main event on 3rd April.