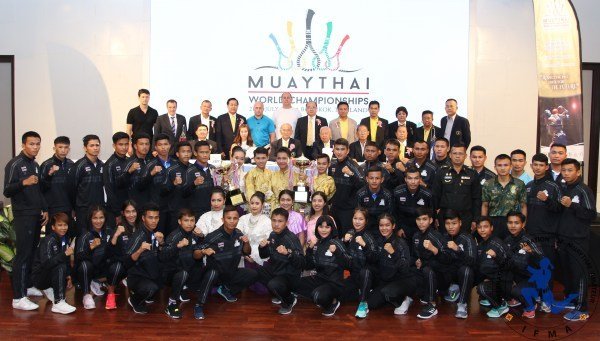 In an official press released published by the International Federation of Muaythai Amateur (IFMA) yesterday, it was announced that over over 1,400 participants from over 100 countries are expected to attend the 2019 World Championships which starts tomorrow.

The World elite athletes have been arriving in Bangkok over the last couple of weeks in preparation for this years IFMA World Championships, which has been themed: “Muaythai is coming home”.

The last five IFMA World Championships have been in Russia, Malaysia, Belarus, Sweden and Mexico, and this year sees the return to the Motherland after Muaythai gained recognition by the IOC. The event is held in honor of His Majesty King Rama X Birthday.

Janice Lyn, the chair of the IFMA Athletes Commission, stated that this event is more than just a championship. Certainly it is part of the qualification series for the 2021 World Games and World Combat Games and therefore, the best of the best will be there to be on the road to qualify for these important events.

The athletes are certainly proud to represent their countries and themselves and to be part of the 5 rings, but there are also many conferences and workshops, the doping outreach program and the World Athletes Conference which will take place as part of the event with many high ranked speakers.

The Athletes’ Commission has already reminded the athletes of the code of fair play. Cheating has no place in the IFMA family and everyone is looking forward to 10 days of culture and sporting exchange.