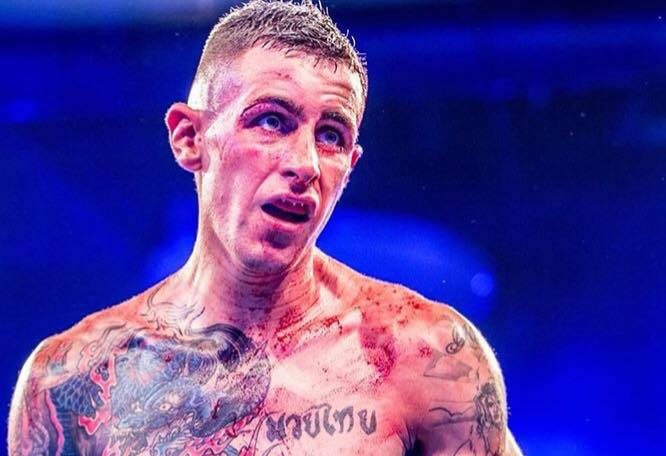 Just a few months ago, 23-year-old Myk Estlick announced his fight against Niall McGreevy at YOKKAO on 13th October would be his last and he was hanging his gloves up for the foreseeable future. Now, just 10-weeks since his last outing, the former Thai Fighter UK ranked #4 star has announced his K1 debut.

Tonight it was announced that Estlick, formerly of GFC gym in Manchester, will face Bryan Creighton at World Combat Fighting Championships for the WCFC European title. Taking to social media after the announcement, Myk said;

“This is no ‘tick over’ fight, make no mistake; this is a very hard fight against a dangerous, experienced opponent so I’ll be working very hard as always.”

We caught up with Estlick after the announcement to ask him a few questions on his recent decisions about his fighting career.

Why did you decide to take a step away from fighting?

What made you decide you were finished with Muay Thai?

“As far as Thai is concerned I believe I am done. I had some amazing nights with some great people fighting Thai, particularly competing on what I believe is the biggest promotion in the UK, and one of the biggest in the world, YOKKAO. I had 9 fights on YOKKAO, I was ranked #4 in my weight division.

“I fought some of the best fighters in Europe but I began to feel like I had hit a wall. The 3 guys ranked above me in the UK and the fighters on the World scene are leagues ahead. The only way I believe I could get near them is by being able to fight and train full time and that is not an option for me, unfortunately. It was hard to swallow and I don’t want to just be stuck at a level.”

Will you be making a full transition to MMA?

“Yes, eventually. It might take a while because I’m literally the novice again, but I can see myself competing MMA in the future.”

How is training compared with Muay Thai training at GFC?

“The training is certainly different. I loved and still do love Muay Thai and I think GFC are one of the best stylists in the UK for Thai. However, even the striking is different that I am doing now.

“The scoring is very different which affects the style you have to use so it’s an adaption for me that I’m enjoying. I think the years of Thai and fight experience that I’ve picked up will benefit me and I’m looking forward to the next part of my journey.”