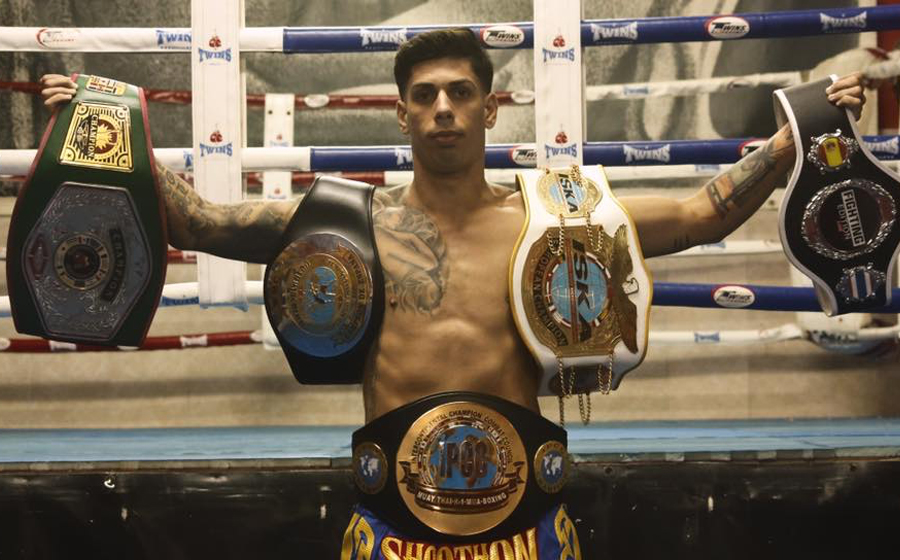 As the first round began, it was clear that Nauzet would use his Muay Thai style to his advantage as he engaged in the clinch with kickboxing star Henneken.

The Dutch fighter had no response for the onslaught by Nauzet, and under the new Enfusion Xtreme Standup rules the Spaniard was able to sink in a guillotine submission attempt.

After going to the ground, which is allowed under the new rule-set, the bell rang to signal the end of the first round and Nauzet had to give up his submission attempt.

As the second round began, Nauzet continued to used his advantage in the clinch and continued looking for the submission attempt as the Dutch fighter Henneken dropped his head.

After a spinning elbow, Nauzet clinched and caught his opponent in another guillotine, this time dropping to the ground, wrapping his legs around his opponent and tightening the hold to force a submission.

What are your thoughts on the new hybrid rule-set adopted by Enfusion Cage Events? Let us know in the comments below!