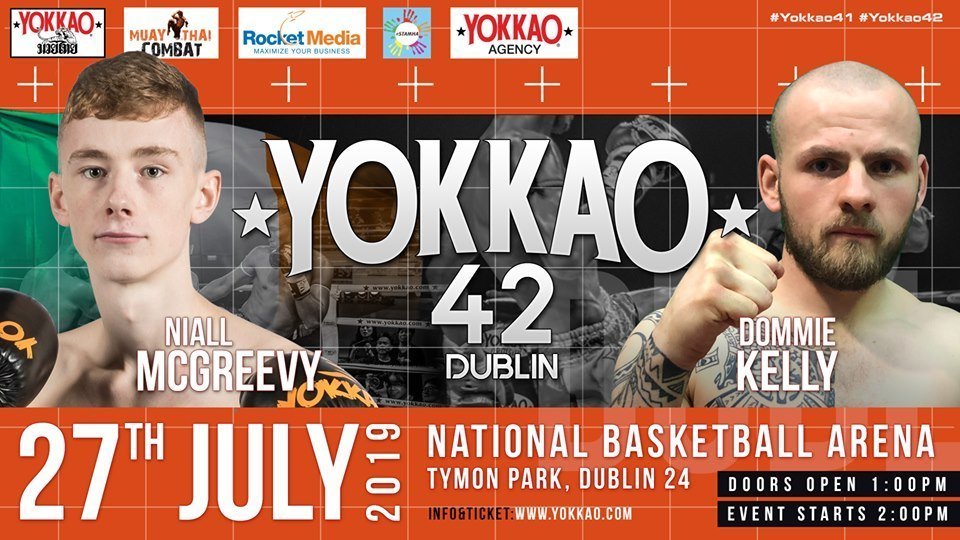 McGreevy, who has made numerous impressive appearances on YOKKAO in the UK, will step up to face former ISKA Irish champion Dom ‘the Bomb’ Kelly.

Dommie, whose last outing was against the current WBC International champion Sean Clancy at Siam Warriors back in October 2017, has since spent time training at Sitmonchai gym in Thailand as well as coaching in Australia, and now is back in his hometown where he runs his own gym at O’Ceallaigh Muay Thai in Cork.

Belfast-based McGreevy, however, will be no easy task. The Youngster brings a tall, rangey style and is currently on an active win-streak, holding a strong win over the likes Myk Estlick back at YOKKAO 31 in October last year.