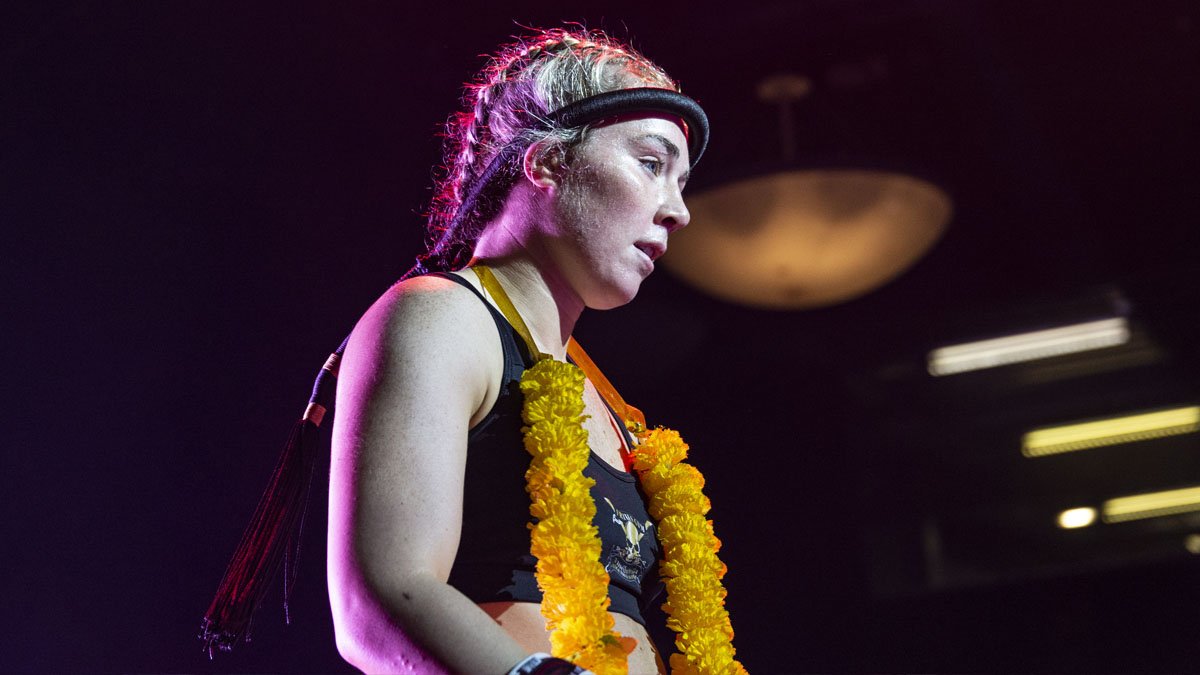 The UK’s Niamh Kinehan is set to make her first defence of the WBC Muaythai World title. She will take on Shannon Gardiner at Muay Thai Grand Prix in Australia on Saturday, June 25.

The Manchester-based fight, who trains at Frank’s Gym, is known as one of the top pound-for-pound female Muay Thai fighters in the World. Kinehan is a multiple-time Muay Thai Grand Prix World champion and is riding a long, active win streak which stretches back years.

A regular on MTGP and SuperShowDown in the UK, Niamh Kinehan heads down-under to Perth, Western Australia to make her first WBC Muaythai World title defence. Having beaten Italy’s Ludovica Ciarpaglini to win the Lightweight World title in February, she now defends the green and gold against Kao Sok Muay Thai’s Shannon Gardiner.

The Australian, Gardiner, is a WBC Muaythai National champion, having defeated Victoria Sullivan to win the strap back in May last year. She later went on to defend the National title in a World title eliminator bout against Tiff Lam in April this year.

How to watch Niamh Kinehan vs Shannon Gardiner?

Niamh Kinehan vs Shannon Gardiner is set as the co-main event on the MTGP Australia card. The full event is available for live stream pay-per-view at LiveCombatSports.

What time does it start?

The main card is set to start at approximately 6.45pm WA (Western Australia) / 11.45am BST (British Summer Time). Niamh Kinehan vs Shannon Gardiner is bout #6 on the main card. The fighters are expected to make their ring walk at around 8.30pm WA / 1.30pm UK time.