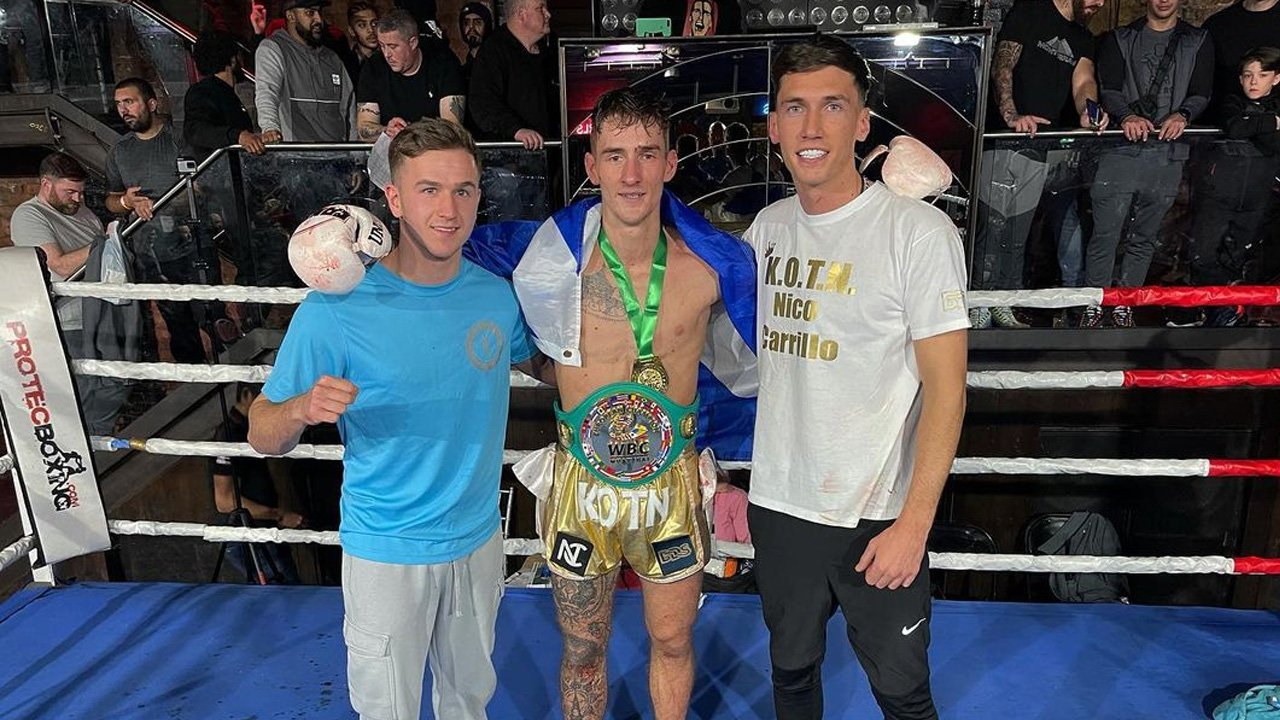 The Glaswegian knockout artist claimed yet another stoppage victory on his way to win one of Europe’s most prestigious accolades.

Carrillo, coming off two huge knockout victories over Mo Abdurahman and Jack Kennedy, had a lot of hype behind him coming into this bout.

Despite that, on paper he faced a tough challenge against Spanish WBC Muaythai champion, Dani Molero who recently defeated Spanish #1, Victor Conesa.

In the second round, Carrillo’s power became apparent, as he dropped Molero for an eight-count. Later in round three, damage from elbows was enough for the doctor to step in and wave the fight off.

The win now earns Nico Carrillo the WBC Muaythai European title and his fourth straight victory of 2021, three of which by way of stoppage.

Who will be next for the ‘King of the North’ in 2022? Let us know your thoughts in the comments on or social media.