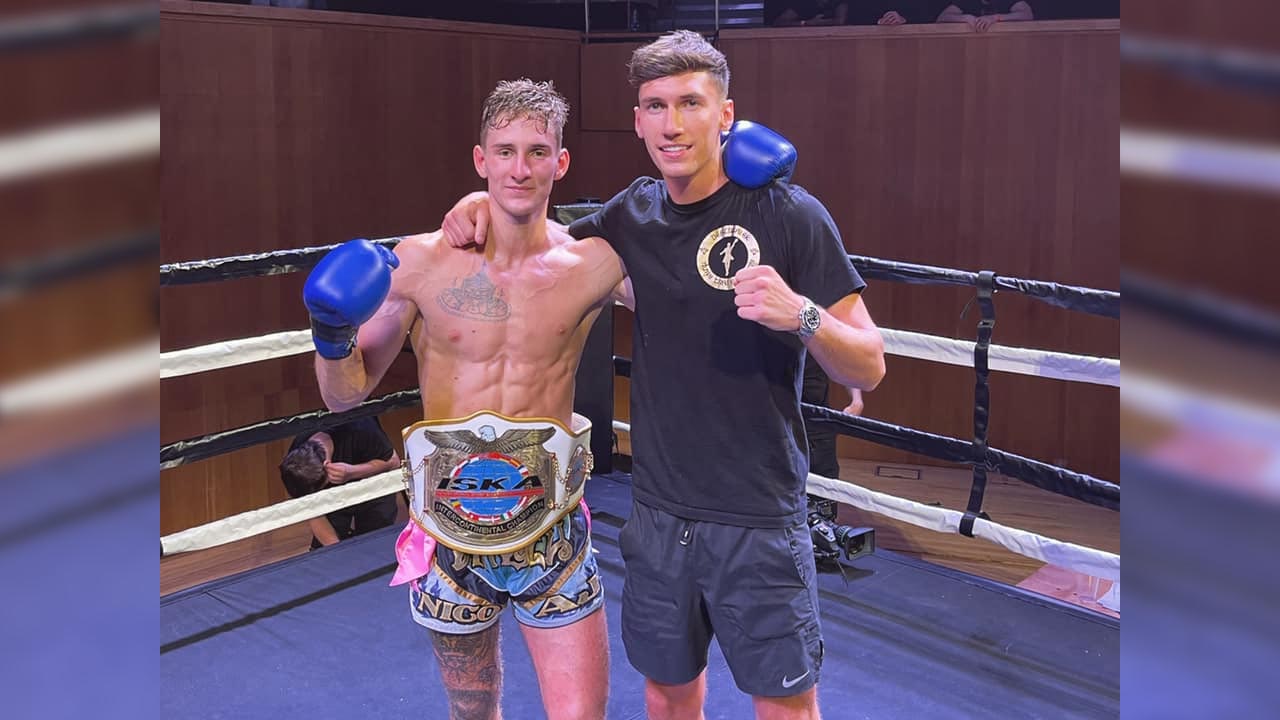 This past weekend, Nico Carrillo earned one of the biggest victories of his Muay Thai career to date.

The Scotsman proved critics wrong when he stopped former Thai Fighter UK #1 Mo Abdurahman with a fourth round knockout.

Considerably less experienced than his opponent, Nico Carrillo has been in unstoppable form over the past couple of years.

However, many people argued that the Scottish powerhouse was yet to face any real test in the ring.

A convincing win over Mo Abdurahman this past weekend, though, is proof that the young man from Glasgow has the ability to mix with the best of the best.

After a tough opening few rounds, Nico’s corner later published that they had to change the gameplan.

Coming out into Round 4, it was evident that Plan B worked perfectly as Carrillo’s power became a telling factor.

After a devastating elbow sent Mo Abdurahman to the canvas, it was the beginning of the end as the Scotsman pounced on his opponent to force a referee stoppage.

The win has now catapulted Nico Carrillo into the WMO Muaythai World rankings.

As published this week, WMO Muaythai have entered Nico Carrillo in to #20 in the Super-Lightweight World rankings.