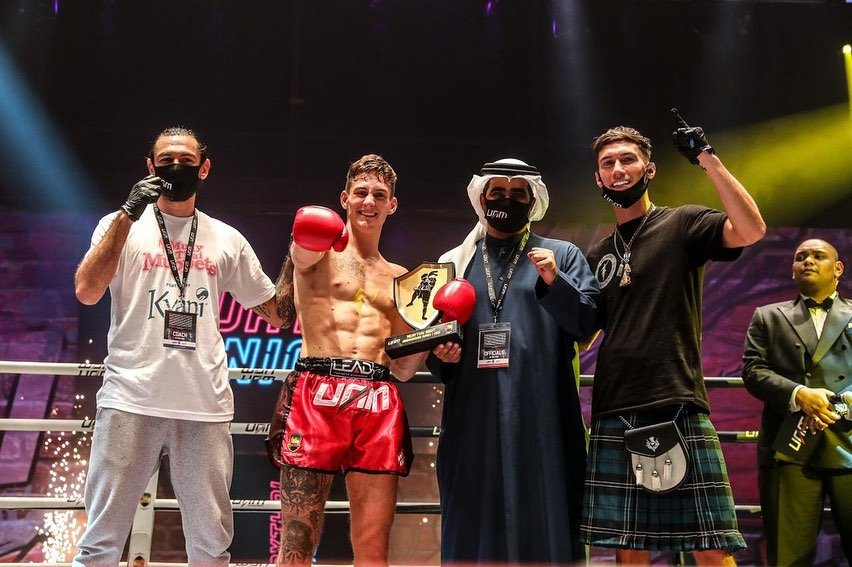 It was an easy night at the office tonight for British Muay Thai star Nico Carrillo. He strolled to victory in the main event at UAM Muay Thai in Dubai.

The Scottish Muay Thai fighter from Glasgow, faced a more experienced opponent in Muhammadi Jahongir, but the stats on paper did not match up to what happened in the ring.

Dominating his opponent in every round, Nico Carrillo landed numerous leg kicks, causing bruising and swelling on his opponents leg.

Throughout the second round it became obvious of the difference in class as Nico continued his barrage of attacks, seemingly bewildering his motionless opponent.

Full of confidence, Nico began taunting his opponent in the third round before his opponent held out his hand to accept defeat.

Stay tuned for a full report on a night of Muay Thai at UAM Muay Thai in Dubai.