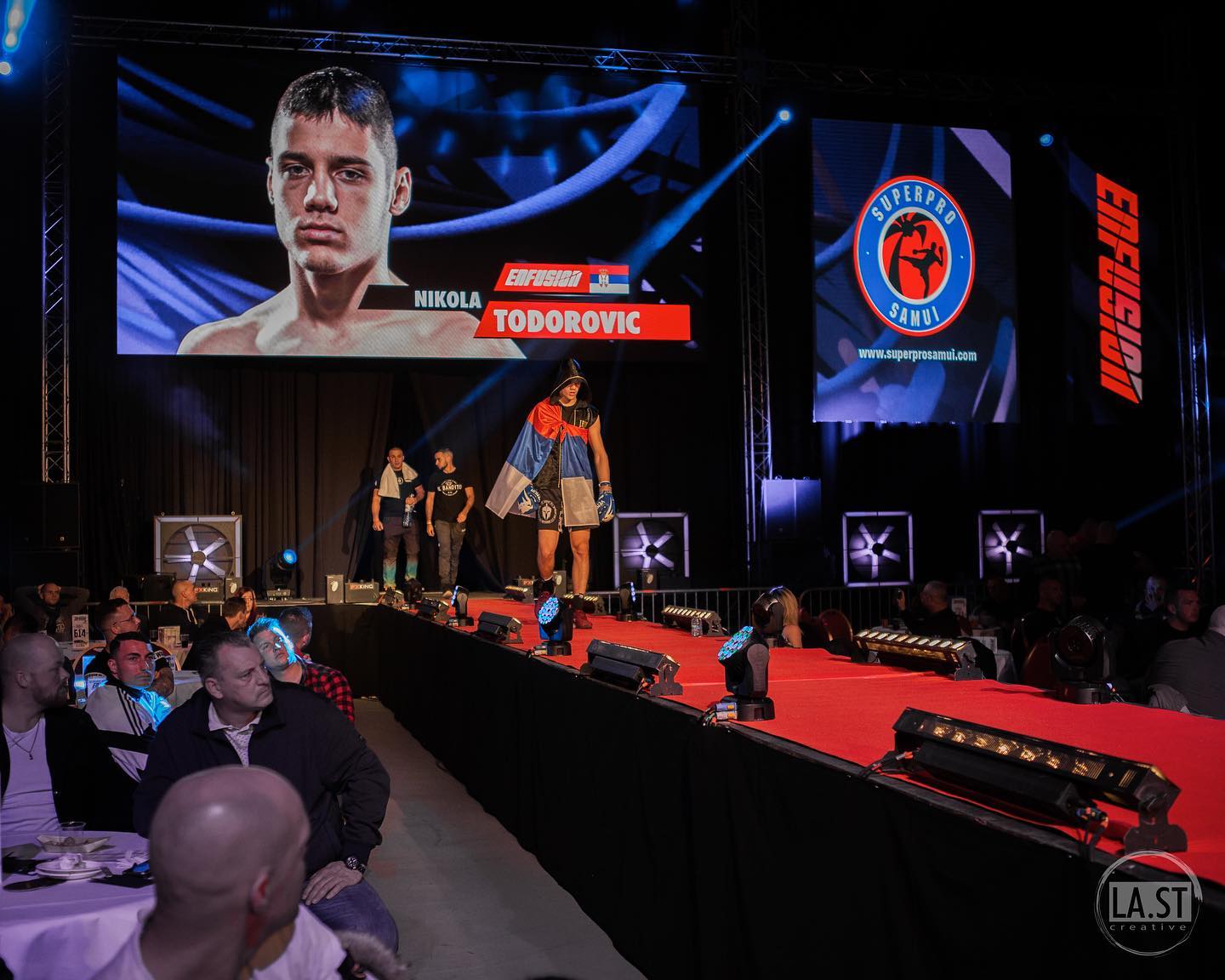 The young Serbian fighter Nikola Todorovic, fighting out of Warrior Gym, didn’t show any signs of being nervous as he made his debut in front of almost 3000 people at Enfusion #91 in Groningen, Holland.

Together with his longtime coach Zoran Baculov he has had a busy year. Despite the fact that he previously had five fights during the past month, Nikola still showed a lot of heart and courage. He proved that he is ready to step up in the big leagues.

Both of the fighters started immediately with feeling each other out. However the tempo was increased as Nikola started to put pressure on Rezai with nice boxing combinations. He did land a couple of nice body shots and showcased a great variety of techniques.

The second round saw the German fighter answering back and he had some success with his stiff jab. The round was even as both the combatants exchanged nice combos and showed a high level technical level.

Rezai was in danger a couple times as Nikola kept the pressure on him fast and heavy boxing combos.

In the third and last round the Serbian fighter came out with fire in his eyes. Being instructed not to leave this is the hand of the judges he managed to knockdown his opponent with only 20 seconds left of the round.

Hamid Rezai once again showed great heart and managed to get back on his feet. With only 8 seconds left Todorovic released a flurry of punches but the fight was ended before he could do anymore damage to his opponent.

Now he will take a well deserved rest before getting ready for a new year with more fights.