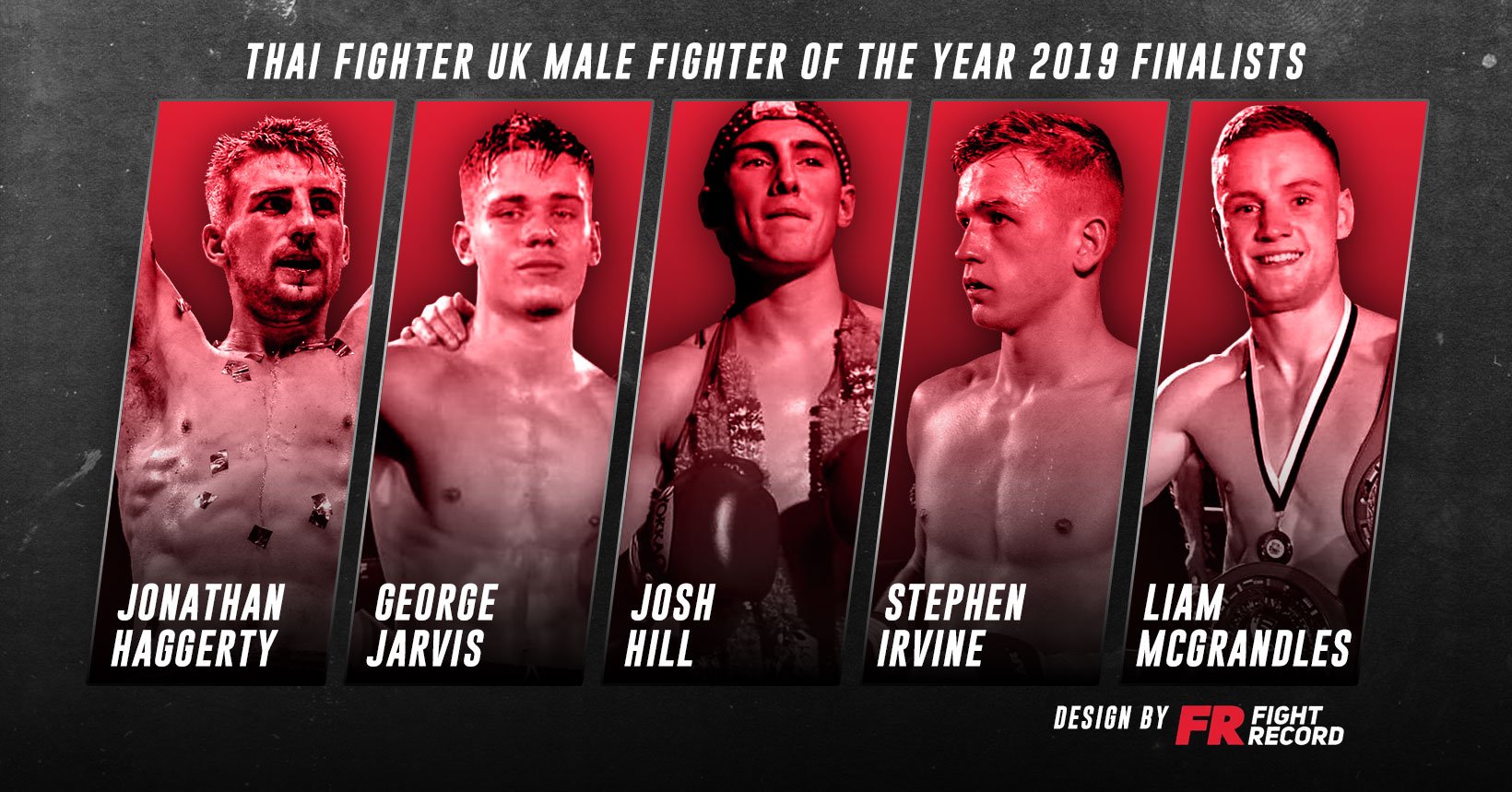 Recent Fighter of the Year awards have seen the likes of top names such as Ruth Ashdown, Iman Barlow, Liam Nolan, Charlie Peters and many more being awarded the prestigious award, and recently the nominees for the 2019 awards were announced.

The Male Fighter of the Year finalists sees five athletes nominated for the award, all of which have had a huge year in their own right. Jonathan Haggerty, George Jarvis, Josh Hill, Liam Mcgrandles and Stephen Irvine all make the list for best male fighter in 2019.

In the female category, three of the countries elite fighters have been nominated for the award. Amy Pirnie, Becky Caslin and Niamh Kinehan have all gone unbeaten in 2019 and each are deserved of the Female fighter of the Year award this year.

A panel of the UK’s leading promoters, officials and commentators will now cast their votes on the winners of each category, with the award being announced on the Thai Fighter UK page next week.