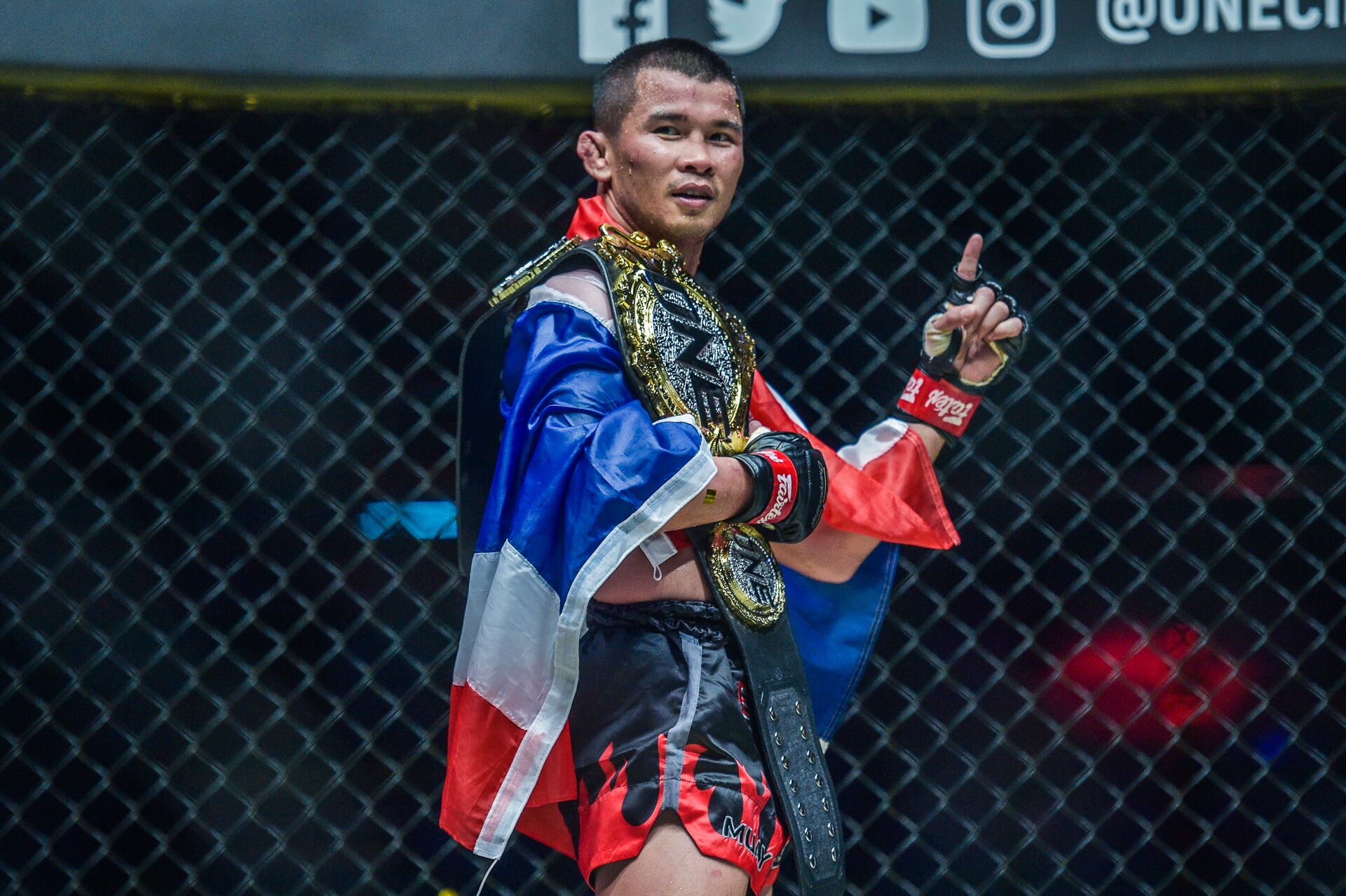 Moments ago, Nong-O Gaiayanghadao retained his ONE Championship Bantamweight Muay Thai World championship with a sensation third round knockout over challenger Rodlek PKSaenchaimuaythaigym.

The win cements Nong-O’s fourth straight title defence and puts him 7-0 in ONE Championship Super Series.

In a post-fight interview immediately after the knockout of Rodlek, Nong-O Gaiyanghadao issued a huge statement to someone he would like to face next.

Giorgio Petrosyan is the current ONE Championship Featherweight Kickboxing World Grand Prix champion and known as the best pound-for-pound kickboxing fighters of all time.

Nong-O Gaiyanghadao vs Giorgio Petrosyan – a dream superfight for combat sports fans around the World. Stay tuned for all the latest updates on this story and more!