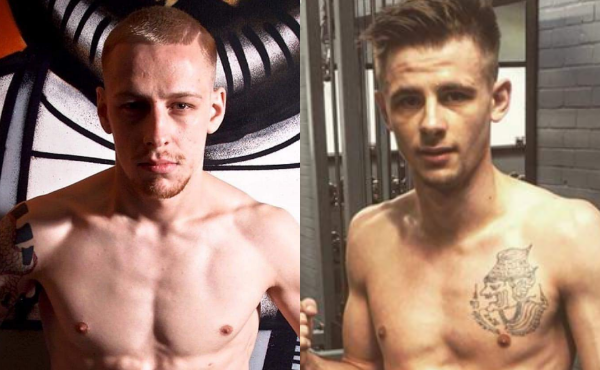 The Power of Scotland event never fails to impress and the 27th installment of Scotland’s biggest Muay Thai show will be no different; headlined by featured fighter Tam McCourt against Lumpini Crawley’s Reece Thomson, along with BoxFit team-mate Jordan Cumberton against the Irish Stefan Korodi plus much more.

In the feature bout, POS Fight Team’s Tam McCourt of BoxFit Glagsow, who is currently the Thai Fighter UK #4 at 58.9kg, faces off against the classy technician and current UK #1 at 57.1kg, Reece Thomson of Lumpini Crawley.

McCourt, who returned to the ring at Power of Scotland 26 in May earlier this year with an impressive stoppage victory over Jonno Chipchase (see video below), was originally scheduled to face 57.1kg #4 Jacob Smith before an injury setback forced him to withdraw.

#1 Reece Thomson, fresh off a win over Italy’s Antony Camilo at Muay Thai Mayhem on 3rd November, stepped in on just three-weeks notice. Flying high after his explosive return at POS 26, McCourt can’t wait for the test against Thomson.

The UK #1 featherweight, Reece Thomson has been unstoppable this year; holding wins over GTBA‘s Stephen Irvine, Pra Chao Suua‘s talented Macauley Coyle and most recently the Italian Antony Camilo. Reece is no stranger to fighting on Scottish ground and has displayed his rangy technical style numerous times against Scotland’s best.