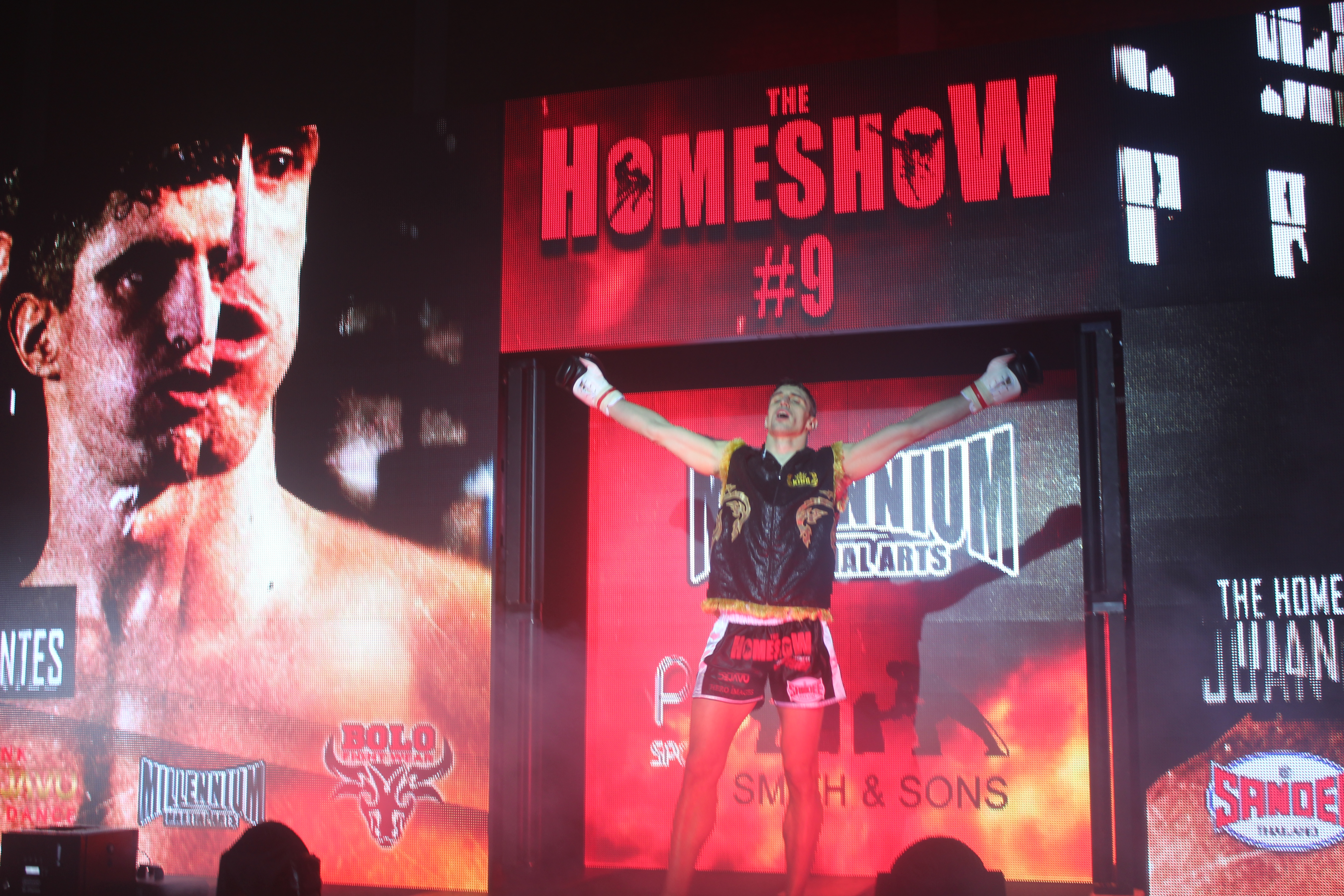 Another team of fighters take 3 scalps at The Home Show 9 this past weekend. Northern Kings, ran by Craig Jose, had Thierry Mosimann, Juan Cervantes and Jack Bullock all featuring on the international Kickboxing event. All three taking the win in impressive fashion.

Jack Bullock retained his now, 6 fight win streak with a win over the more experienced opponent Jack Sampola. He took with the win via stoppage in the third round you can find the full write up here. Thierry Mosimann battled it out in a 3-round war against Joe Johnson.

Johnson trains and fights out of the Manor Gym where Michael Terrill is the head coach. He is current BKB World Champion and previously had a very successful career in Muay Thai and K1. A very well-schooled lad who always comes to bang. Mosimann definitely had his work cut out for him from the outset. Mosimann showed almost super-human capabilities egging Johnson on towards the end of the fight.

Matched to fight in June, both Mosimann and Millennium favourite Kyle Todd will be clashing. The release of the fight has doing the rounds on social media. To engage the fans, Fight Record has a special treat in store for you all. So, keep your eyes peeled for an announcement coming soon for that one.

Last out of the Northern Kings gates was Juan Cervantes. Having seen Juan fight numerous times, it must be said that it wasn’t his best performance. He got the win, but he didn’t seem himself in there. With Enfusion rules kickboxing, there has to be a winner. At the end of the three round war, the fight was announced as a draw. So, it must go to a fourth round, which it did.

Cervantes fought on Victory Promotions event at the end of last year. He knocked out Roan Morrison with a jumping knee to the head. It was incredible. Don’t get it twisted, his performance was brilliant. Fighting Romain Falendry, a world k1 champion and Savate kickboxing champion is no easy match-up. To get the win is awesome. Maybe it was just the want to see him knock someone out again.

You will be able to see all three of these guys in action again in June on the Enfusion event in Newcastle on 9th June. If you haven’t already got your tickets don’t mess around and get them. Don’t mess about!