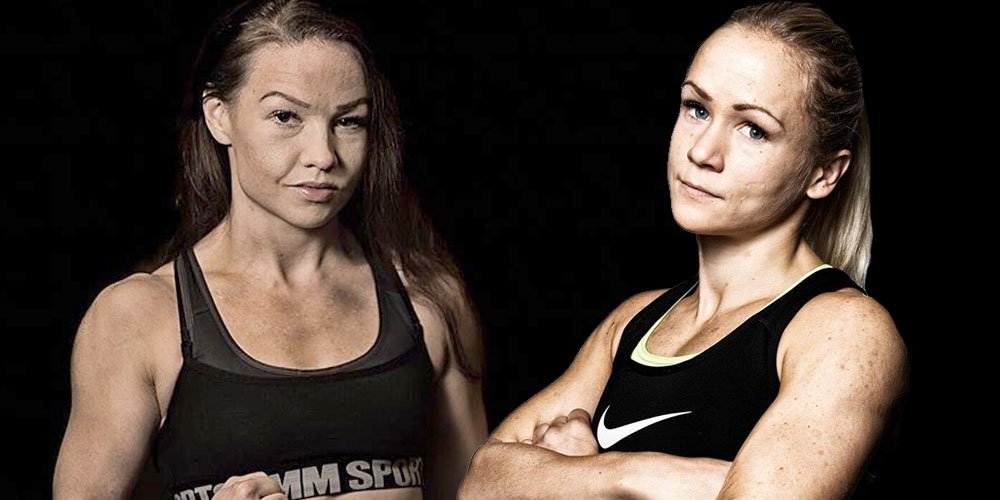 Odenplan fighters Camilla Danielsson and Jessica Pettersson arrive in Liverpool today ahead of the weigh-ins for their bouts against hometown opponents on Saturday Showdown this weekend.

Camilla Danielsson, who is a four-time Swedish Muaythai Champion, recently beat Moa Persson in the final of the national championships to claim her fourth title and third at 45kg.

Camilla also won gold at the Baltic Muaythai Open earlier this year, beating Team GB’s Leigh Newton in the semi-final on the way to winning the final against Svetlana Spetsyan.

She will face 2 Brothers’ Mandy McWilliams at Saturday Showdown this weekend.

Camilla’s team-mate Jessica Pettersson is also in action as she faces the returning Becky Caslin of Fortitudo Muay Thai in Liverpool.

In Becky’s last fight, she won the WTKA World title with a dominant win over Portugal’s Monica Santos. Becky was then scheduled to face Camilla Danielsson on her home show in Autumn last year, but due to other commitments the fight didn’t go ahead.

What do you think of the English girls’ chances against the Swedish champions? Let us know in the comments below!