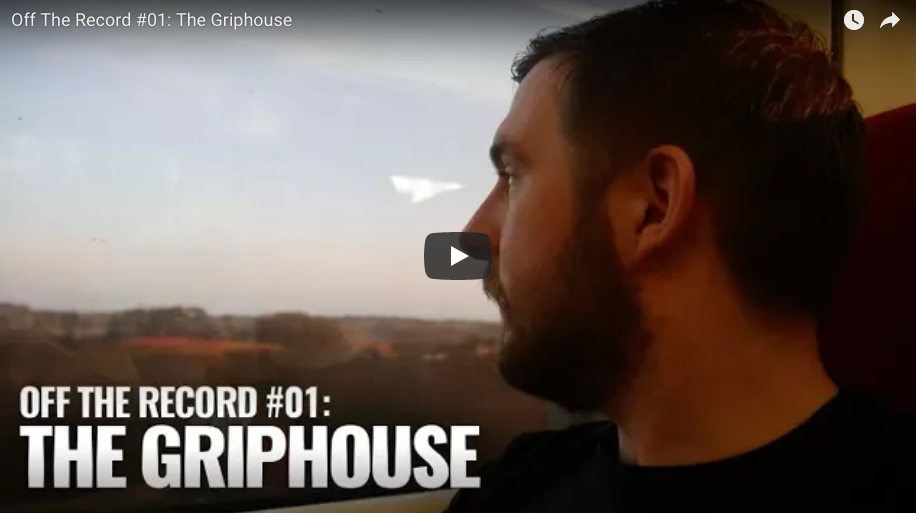 This video marks the conception of Fight Record’s ‘Off the Record’ series. Giving you all a true insight into how Fight Record operate. The goals that are set out to be achieved and much more. Showing you behind the scenes at events, gym visits, training with fighters. Documenting the journey that Fight Record go through while out and about. Giving an understanding of the work that goes into building the UK’s fastest growing Muay Thai community.

This short clip is of the journey that Fight Record embarked upon to go and meet the fighters at The Griphouse Gym in Glasgow. Resident Muay Thai champion, coach and Muay Thai enthusiast, Keith McLachlan features in the video speaking about his views of training in the gym, the tranquillity one feels when hitting pads and also his upcoming wedding.

Dom features in the video talking about the work that has gone into Fight Record. The ‘Off the Record’ series will contain more quotes and videos from Dom. Sharing the path that Fight Record are carving with everyone who engages and more. All while building the biggest platform and community that UK Muay Thai has ever seen. There was a saying, “Do not go where the path may lead, go instead where there is no path and leave a trail.”

Fight Record’s vision and meaning of ‘Off the Record’