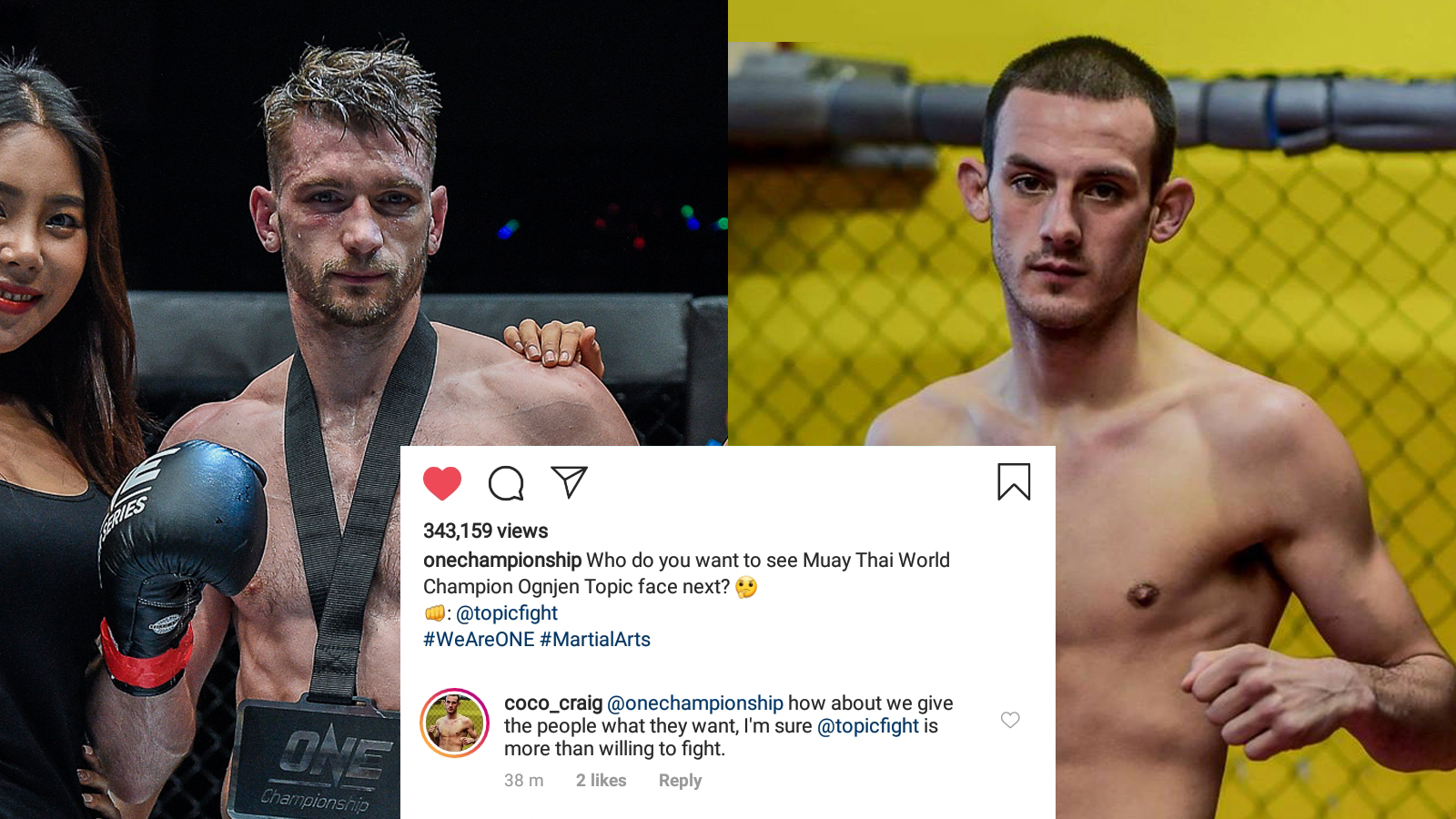 Since signing some of the UK’s top athletes to their Super Series Muay Thai division over the last few months, it has been rumoured that Irish superstar Craig Coakley may be the next big name to be signed by Asia’s biggest martial arts promotion.

Yesterday, ONE Championship posted a training clip of Muay Thai star Ognjen Topic, asking fans who they would like to see him fight next. It didn’t take long for 100’s of fans to call for the Irishman Coakley to be Topic’s next challenger.

“How about we give the people what they want. I’m sure Ognjen Topic is more than willing to fight.”

Topic himself was quick to respond to Coakley’s request, “Who ever they put me up against, we all know I’ll be there and will be ready to fight.”