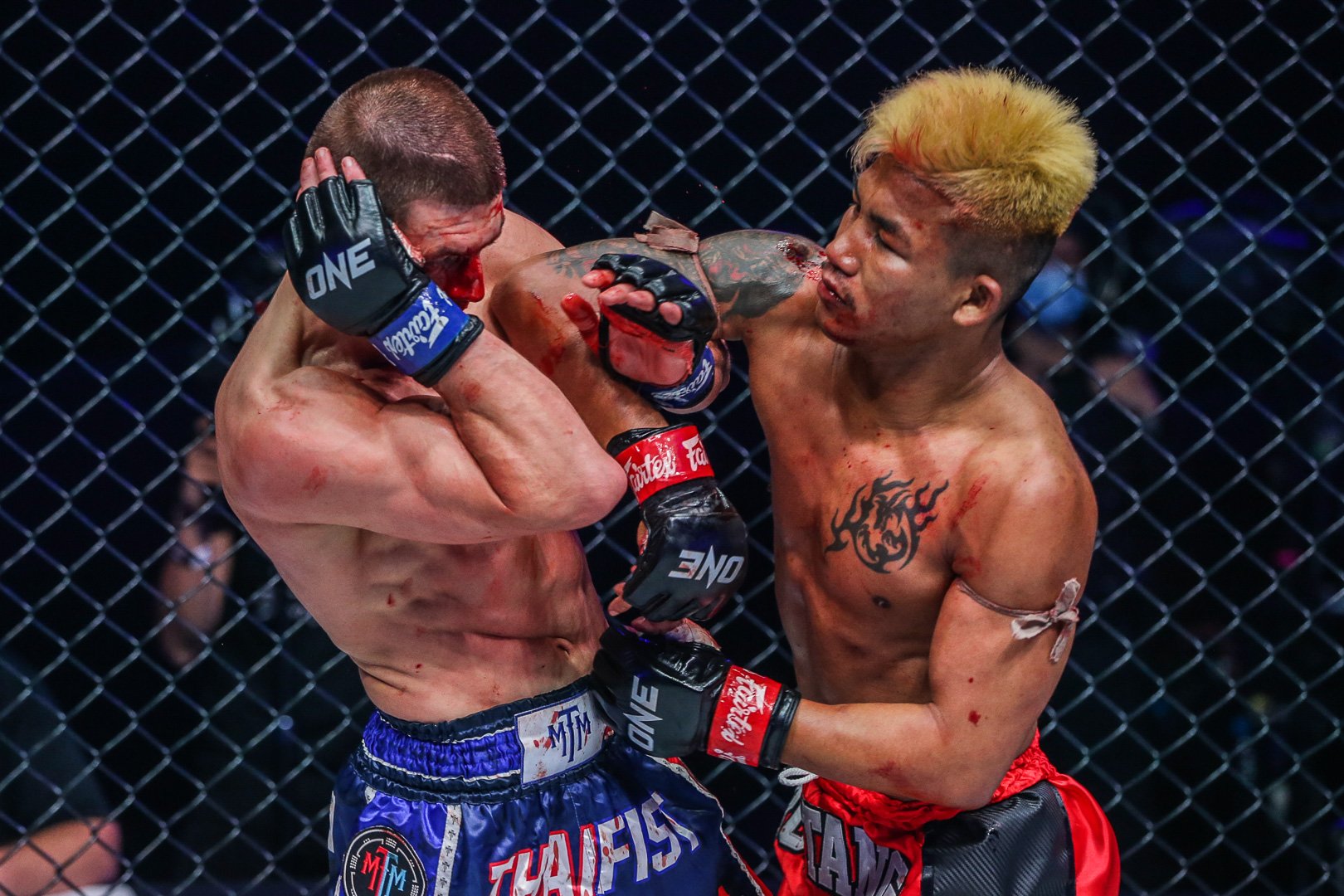 ONE 157: Petchmorakot vs Vienot full results and round-up

20 May 2022 – Singapore: ONE Championship™ (ONE) returned to the Singapore Indoor Stadium with a world-class showcase of martial arts action at ONE 157: Petchmorakot vs. Vienot. The stacked 13-bout card was highlighted by two Muay Thai World Title fights, the ONE Flyweight Muay Thai World Grand Prix quarterfinals, and a pair of submission grappling matches.

ONE Championship, in partnership with leading premium lifestyle and luxury performance brand TUMI, presented the prestigious ONE World Title belt to a pair of World Champions.

It was an intense back-and-forth battle from the opening bell, as Vienot utilized his height and reach advantage to trouble the Thai warrior early. Vienot continued his relentless pace in the second and third rounds, which made it difficult for Petchmorakot to find his rhythm. In the fourth frame, however, the defending World Champion turned to his dangerous hands, boxing Vienot into a backpedal and dropping the Frenchman with a devastating counter right hook.

Vienot survived, which led to a tightly contested fifth round. But in the end, Petchmorakot earned the split-decision victory, successfully defended his World Title, and pocketed a US$50,000 bonus from ONE Chairman and CEO Chatri Sityodtong.

In the co-main event, #1 contender Joseph Lasiri shocked pound-for-pound great Prajanchai PK.Saenchai to capture the ONE Strawweight Muay Thai World Title. Lasiri used a calculated approach to start the contest, getting a feel for Prajanchai’s vaunted power. In the second frame, however, he turned up the pressure, going on a full-on assault against the defending World Champion.

With damage showing on the proud Thai’s face, Lasiri attacked relentlessly in search of a finish. The fight was ultimately stopped when Prajanchai failed to meet the fourth-round bell, as Lasiri earned the World Title and bagged a US$50,000 performance bonus.

In the ONE Flyweight Muay Thai World Grand Prix quarterfinals, reigning divisional king Rodtang Jitmuangnon battered promotional newcomer Jacob Smith across three rounds to win a clear-cut unanimous decision. Rodtang was fast and furious from the first round, dealing immense damage with his sharp elbows from the inside.

“The Iron Man’s” dominance continued in the second and third stanzas, as he appeared to grow stronger as the bout wore on. Smith was tough as nails, however, and survived the onslaught until the final bell. With the victory, the Thai megastar earned a US$50,000 bonus and a semifinal berth in the historic Muay Thai tournament.

ONE 157: Petchmorakot vs Vienot full results and round-up