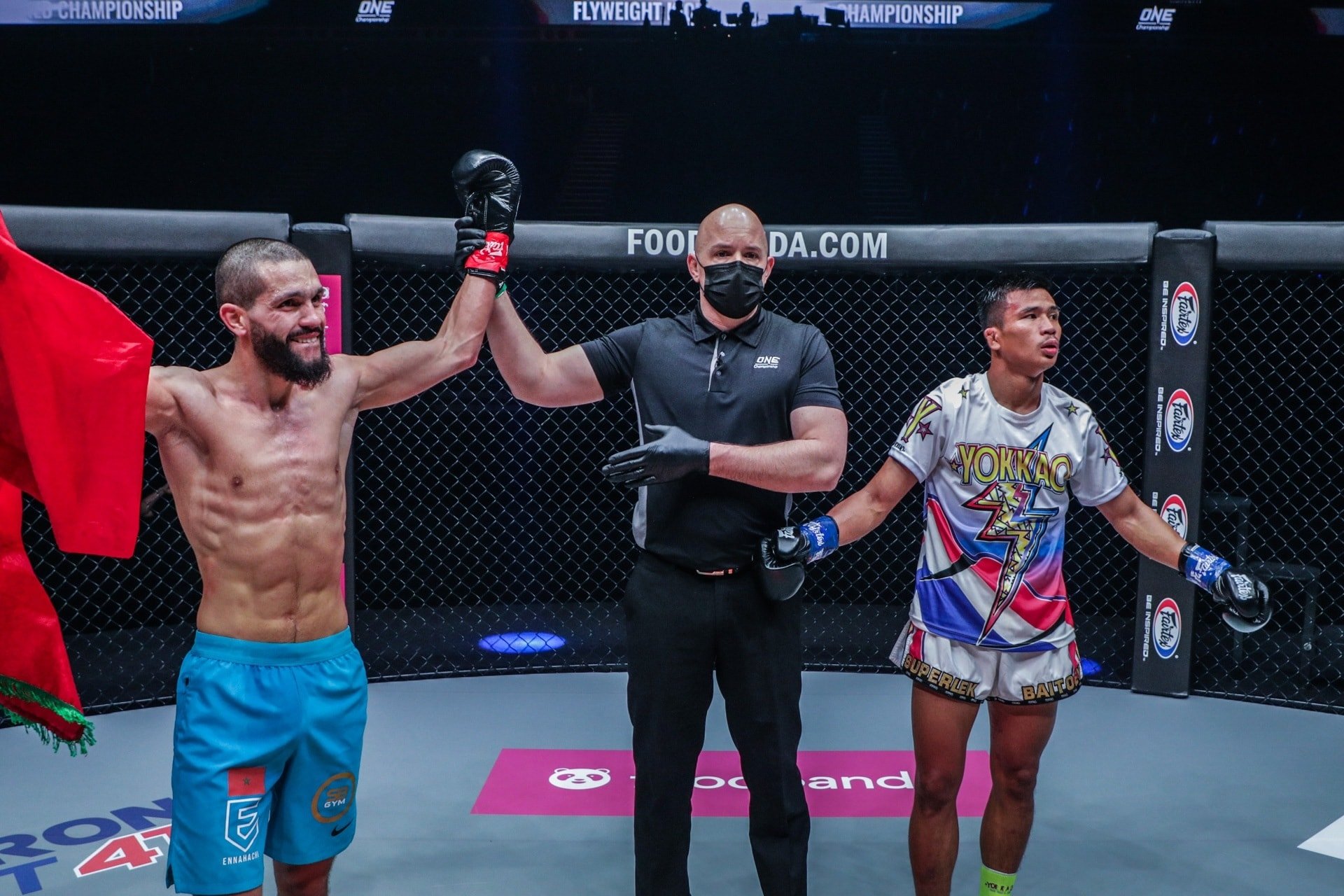 Yesterday in Singapore, Ilias Ennahachi faced Superlek Kiatmoo9 in the main event at ONE: FISTS OF FURY. The bout was for Ennahachi‘s ONE Flyweight Kickboxing World title.

The Dutch-Moroccan kickboxer started off quickly and seemed to find more success as Superlek struggled to find grip under his feet. After resolving the earlier slippage issue, Superlek began to warm up more in the second round which could have been given either way.

From round three however, it was evident Superlek’s power kicks were becoming a telling factor in the bout. Through the later stages Superlek continued to find success in landing his brutal right kick, causing swelling on the arm of Ennahachi.

The champion had became visibly slower and it was obvious the damage caused was taking it’s toll as he began to circle away from Superlek’s onslaught.

As the final bell rang, it seemed clear Superlek had earned a comfortable points decision, however the judges all scored the bout in favour of Ilias Ennahachi.

The result caused uproar across social media, with many fans left bewildered by the decision.

Earlier today, ONE Championship CEO Chatri Sityodtong took to social media to give his opinion and an ideal outcome of the situation.

Thank you to all of the warriors in ONE: Fists of Fury for inspiring the world with your passion, courage, and humility….

Given the uncertainty surrounding the decision, it would seem an immediate rematch between Ilias Ennahachi and Superlek Kiatmoo9 is a fair outcome.