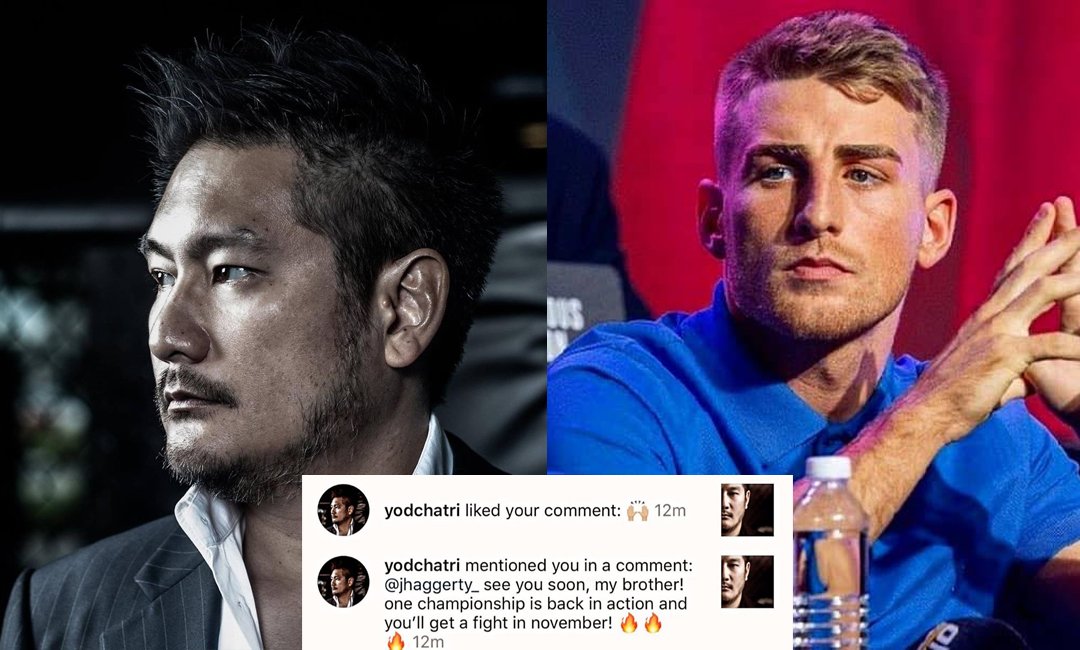 ONE Championship CEO Chatri Sityodtong later replied to Haggerty’s comment, confirming he will “see him soon” and he will have a fight scheduled for November.

After a run of six straight events in Bangkok, Thailand, ONE Championship will then move their events to Shanghai in late-September and October before moving back to their home country of Singapore in November.

With travel restrictions eased in Singapore, it begs the question if this is where Jonathan Haggerty will be next in action on the ONE Championship stage, and furthermore, who will he be facing?

Ranked #3 in the ONE Super Series Muay Thai athletes rankings, Haggerty is coming off back-to-back losses to current Flyweight champion Rodtang Jitmuangnon, but has the likes of Panpayak Jitmuangnon, Superlek Kiatmoo9, Elias Mahmoudi and many other challengers in the Flyweight division.

Let us know in the comments on our social media pages who you would like to see Haggerty face in his next ONE Championship outing.