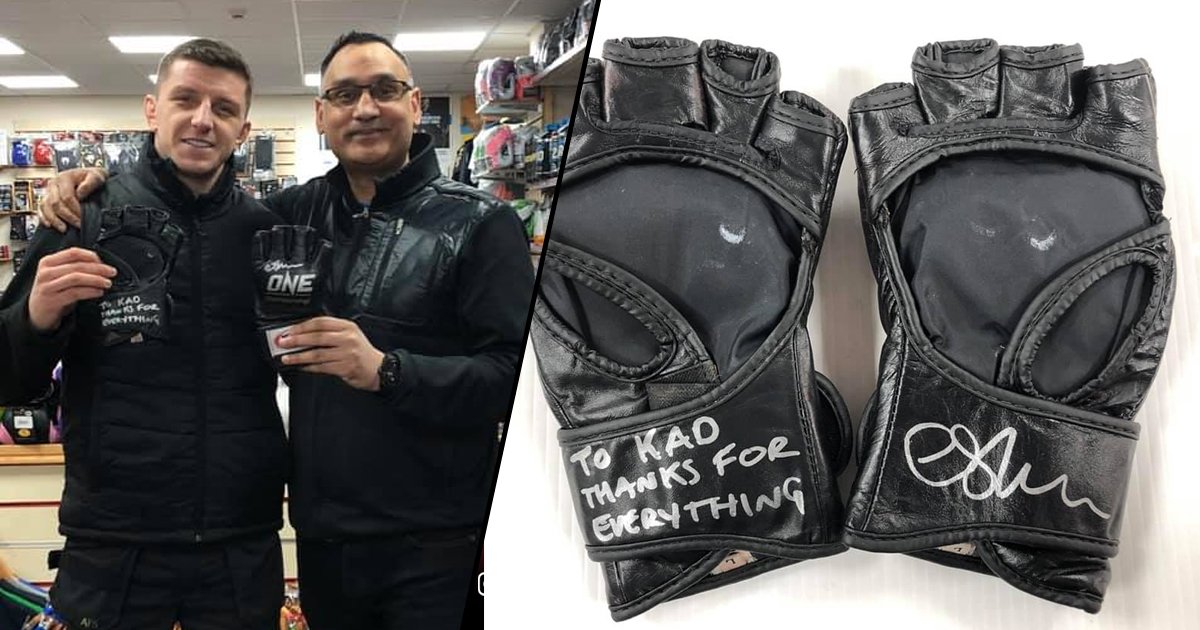 Scottish fighter and former UK #1 Chris Shaw made his long-awaited ONE Championship debut this past weekend when he faced Thai phenom Rodlek PKSaenchaigym.

Though the Scotsman didn’t get the result he wanted, he showed true heart and character as he went the full three rounds against one of the World’s best and toughest Muay Thai athletes.

Upon his return to his hometown of Glasgow this week, Shaw visited good friend and previous long-time sponsor Kad Ahmad, of Musclebound Health and Fight Store in Paisley.

Much to Kad’s surprise, Shaw handed him his 4oz competition gloves, with a personal message and signature, as a thank you for his support over the years.

He added, “Myself and Chris go back a long, long way and I was one of his very first sponsors.

“I had a lump in my throat when he handed them to me. I love the lad to bits, he’s a great ambassador for the sport.”