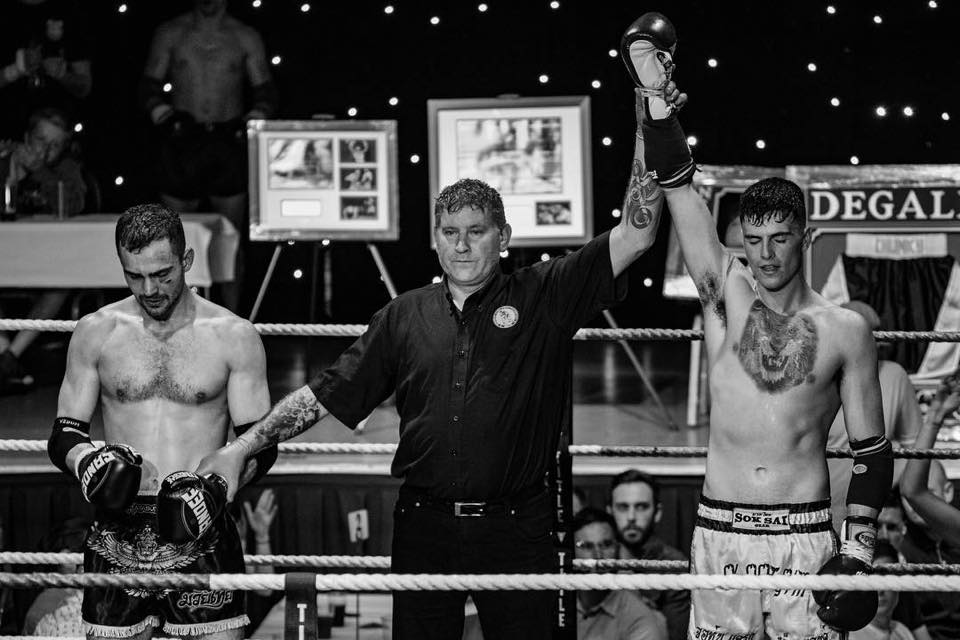 This weekend sees two top shows stacked full of top UK ranked fighters as well as many more upcoming prospects competing both north and south of the Scottish border.

After numerous changes, The Blitz 6 still holds a strong card full of promising Scottish talent, and Muay Thai Grand Prix lands in Manchester for the first time with packed MTGP and KPG cards.

With just one loss in his last nine, and five of those wins by stoppage, MacFarlane is one of the top rising Scottish prospects at 70-72kg.

His opponent this weekend, Craig Swan, is unbeaten in three fights, all of which have been stoppage victories, and is certainly capable of making it four when the he faces MacFarlane in Glasgow this weekend.

Another unbeaten prospect, Blair Henderson, is also in action this weekend. He faces former foe Lee MacKay at the Blitz 6 this Saturday.

On that occasion the judges couldn’t separate them and the bout was scored a draw, but they will now both get the opportunity to prove who is the better fighter when they face each other again this weekend.

Coming into this fight on three wins from three, the M-MAG Fight Team star will be confident after a second-round stoppage win in his last fight at Ignite 3 earlier this year.

Former-ranked fighter Ricky Sewell returns to competition this weekend after spending the most part of the last few years as the third man between the ropes.

Having become one of the UK’s top referees and spent time officiating contests, Sewell claims his eye for both common mistakes and scoring has improved.

Touted as one of the most naturally gifted fighters of this generation, Sewell’s return will be an exciting prospect for fight fans, but he faces a tough task against current UK 69.8kg #3 Jack Cooper.

Headlining the undercard at MTGP in Manchester this weekend, one of the UK’s biggest prospects, Ryan Stockley, faces French opponent Melinard Angel.

Despite a loss for Team GB at the Baltic Open in Lithuania earlier this year, Stockley has beaten three of the UK’s top rising talent including David Borland, Hayden Armstrong and most recently a second-round KO over Erik Brew.

‘Miss Scarface’ Francisca Vera faces Gemma Collins on the undercard at MTGP in Manchester this weekend.

Having beaten Kim Nguyen at MTGP 25 in France in April, Francisca comes into this bout with just one loss in six and will be looking to make a statement as one of the upcoming female Flyweights when she faces Collins at MTGP 27 this Saturday.

Is there anyone else you think deserves a mention? Let us know in the comments below!