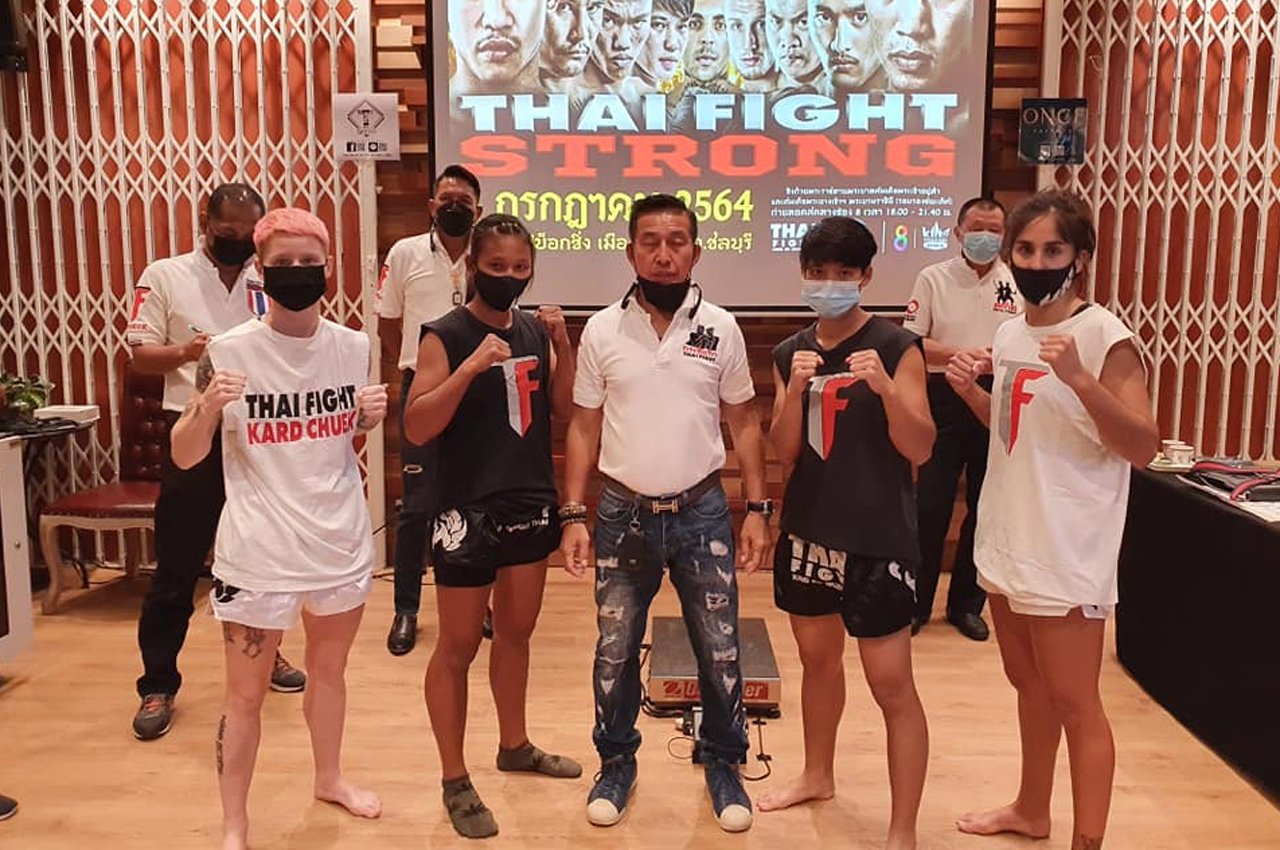 In the first bout of the evening, broadcast live via Thai Channel 8 and the THAI FIGHT Official YouTube channel, was Thailand’s Rungnapha Por.Muengpetch against Argentinian fighter Daniela López.

López, a regular at the weekly Super Champ and Muay Hardcore, has had a mixed set of results during her time in Thailand.

She extended her unbeaten streak to four this weekend, defeating Rungnapha via points decision in their semi-final bout at THAI FIGHT Strong.

Silvestre is one of the most active non-Thai female Muay Thai fighters and renowned for stepping up against some of the best fighters in the World.

Over her 93 bout career, she’s shared the ring with the likes of Iman Barlow, Amy Pirnie, Thanonchanok and many more.

Arguably her toughest test to date, Cindy Silvestre was stopped in the second round by her opponent Petchjeeja, who continues her dominant reign as one of the best female Muay Thai fighters in the World.

Semi-final winners Petchjeeja and Daniela López will move on to the final of the Queen’s Cup tournament where they will meet each other at a later date.