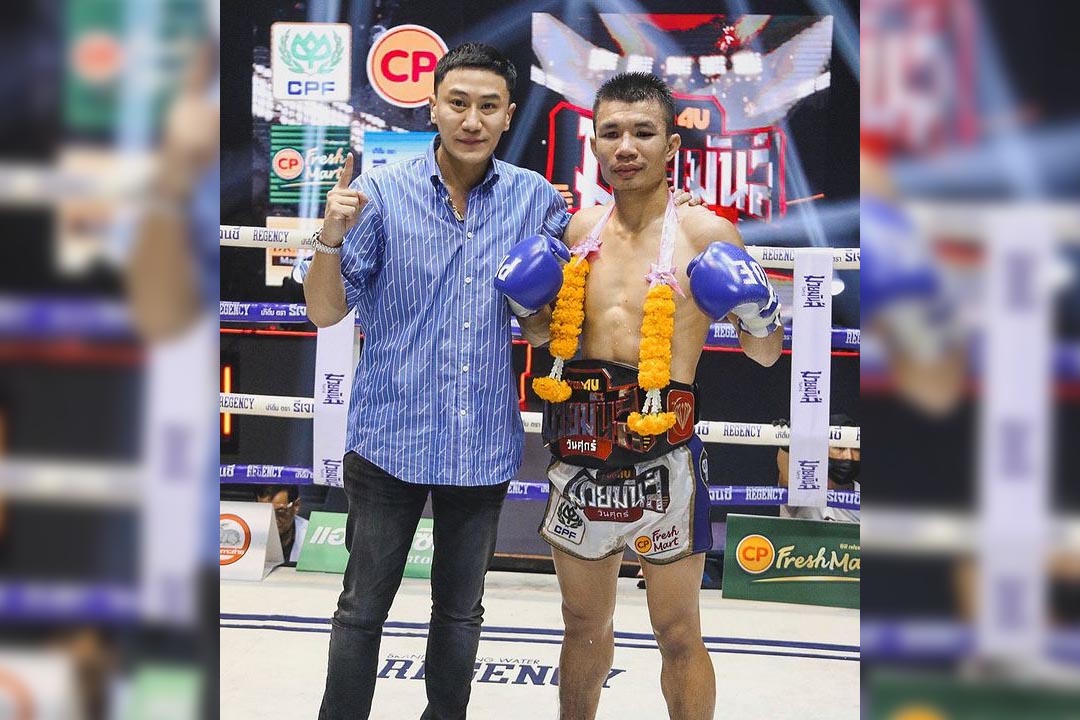 Capitan Petchyindee is one of the most in-form Muay Thai superstars at present. His recent win over Sangmanee extended his win streak to 12 fights since March 2018.

“There is no doubt that an upcoming target is to hunt the championship title on the greatest global martial arts platform.”

Capitan exploded onto the World stage with a 6-second knockout win over Petchtanong in his ONE Championship debut in September. Since then, he has defeated Chamuaktong and Sangmanee on Petchyindee’s weekly event, Muaymunwansuk.

Boat: Since I signed Capitan into Petchyindee camp. He had been an unknown fighter for almost 5 years and everyone was likely to forget his reputation.

Even when he recently fought against Sangmanee, the majority of people though that Capitan wasn’t at the same level and might burn out or lack of motivation of his martial arts pathway already.

Today everyone knows him. Also I am proud of myself as well as on behalf of Petchyindee family that Capitan is on the right track of chasing his dream into the championship title in the near future.

There is no doubt that an upcoming target is to hunt the championship title on the greastest global martial arts platform.

Every fighter in the world no matter Muay Thai or Kickboxing, we are here to prove that he is one of the best standing fighters on this planet.

Profoundly thankful of every support. We can’t wait to hear the name of Capitan “The One Punch Man” Petchyindee Academy on the greatest global martial arts platform again.