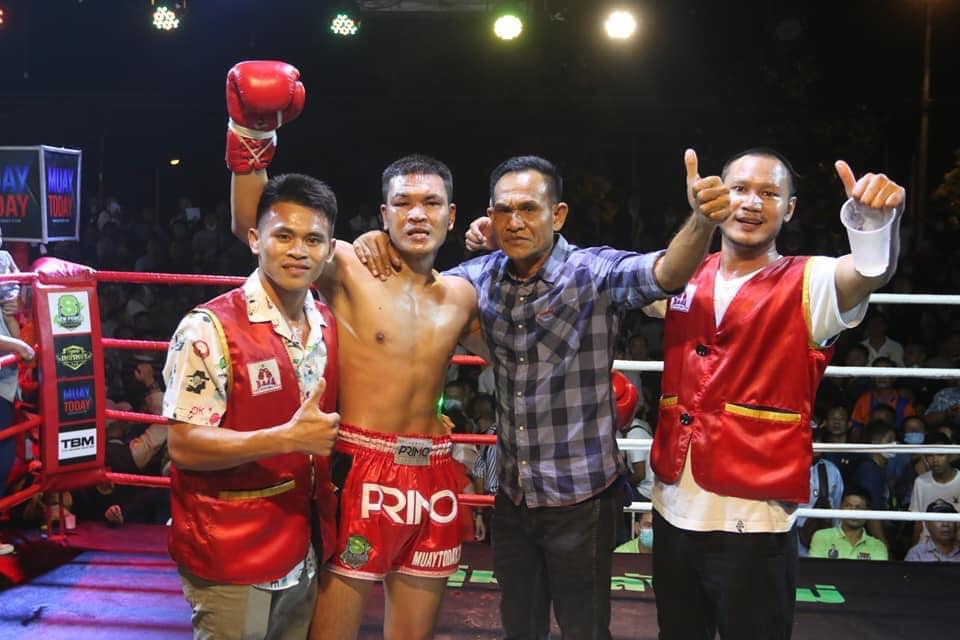 The pair exchanged some elbows and engaged in a clinch war over the five rounds which seemed to be in favour of the Brazilian, however the judges gave the decision to Phonek in what came as a surprise to both corner teams and the crowd in attendance.

Much to Phonek‘s corners surprise, they jumped in the ring to celebrate the victory with their fighter, but the Phuket Fight Club corner were far from pleased with the decision.

Much of the crowd also seemed opposed to the outcome too, as cups and other small objects began to be thrown towards the ring from outside.