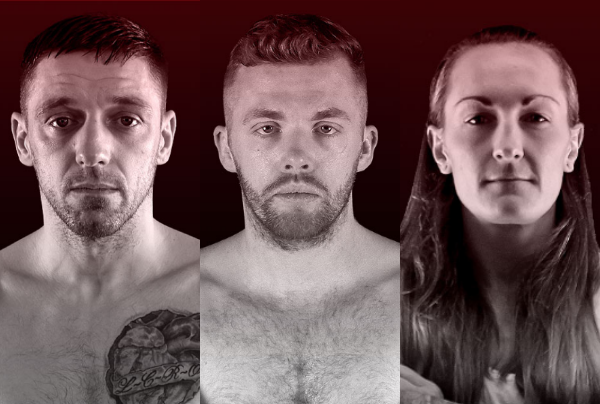 The inaugural Evo Thai Boxing Series kicks off on Saturday night with a stacked card full of top UK fighters at the Lagoon Centre in Paisley.

Griphouse veteran and current Thai Fighter UK 58.9kg #2, Keith McLachlan, will face Italy’s Matteo Di Luca in the main event of the night in front of his home crowd.

We have another classic England vs Scotland for the UK #1 spot as Sophie Hawkswell defends her crown against current #2 Rhona Walker.

Former ranked fighters Wojtek Oleksyk and Nico Carrillo are both in action.

Nico Carrillo, who faces Spain’s Alex Dass Rey in the co-main event, makes his first appearance since Victory Promotions’ Lee Smith Memorial back in December 2017 and is keen on climbing back up the rankings.

The current 66.6kg #8 Cezary Zugaj will also be in action against another former ranked opponent Daniel Jedrzejewski. The Hanuman Thai Boxing fighter also dropped out of the rankings after being inactive since late 2017.

Down in Wales, two of the best females in the country will headline the Stand Up War 2 fight card, as current 55kg #3 Hannah Brady of Kiatphontip UK faces the current 57kg #2 Linzi Edwards.

Back in Glasgow for another Muay Thai Boxing card stacked full of local upcoming talent, we will see the current Thai Fighter UK 59kg #2 Ashley Beattie take on Shari Duffy, who is ranked #2 at 57kg in the Scottish Muay Thai Rankings.