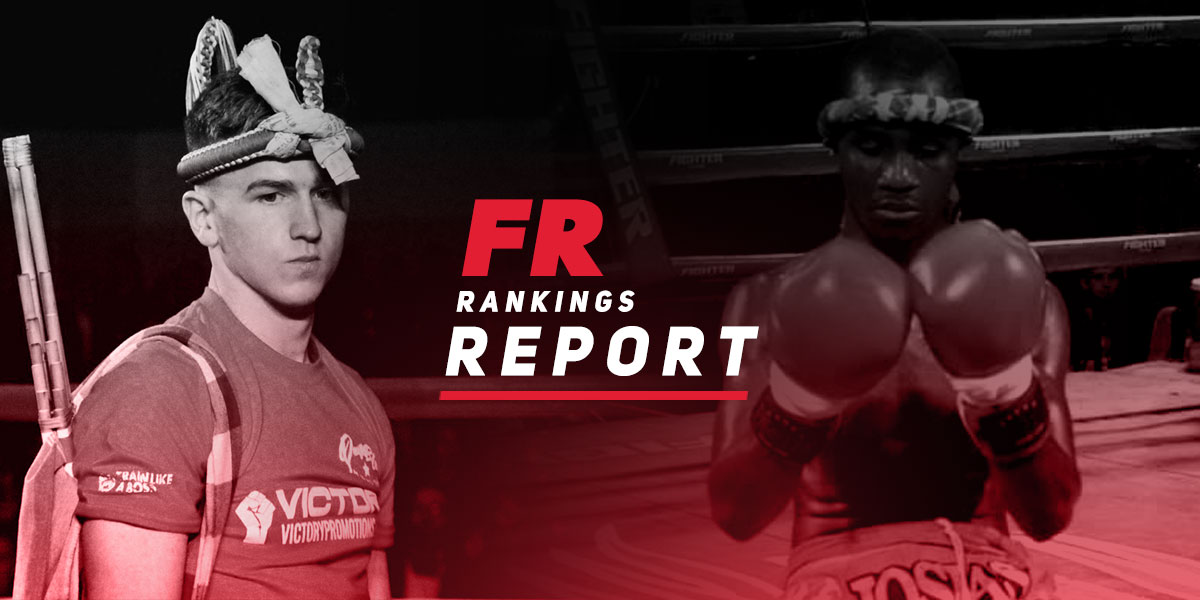 This Saturday, two of the UK’s top 55.4kg fighters face each other as #2 Stephen Irvine takes on #4 Josias Gomes at RISE TO THE TOP 4 at Bramall Lane in Sheffield.

Coming off a strong performance against the Spaniard Miguel Blasco at Revolution Muay Thai last month, Irvine was keen to get back into the ring and ready to take any opportunity that came up.

After Gomes‘ original opponent withdrew form the bout due to an unknown reason, the Glasgow Thai Boxing Academy fighter Stephen Irvine was quick to step in on just a weeks notice.

After coming off a loss to the current UK #1 and UKMF British Champion Callum McGowan back at Victory IV in December, Irvine is keen to solidify his place as one of the best in the division when he faces Josias Gomes this weekend.

“Everything is going well, training is good, weight is good and I’m fitter and strong than ever”, Irvine told our reporters.

He added, “I’m going to keep the momentum going from my last fight and get another strong win under my belt this weekend.”

His opponent, Josias Gomes of Oxford Martial Arts Academy, is also confident of a big win this weekend. Gomes had a strong year in 2018, ending with a win over John Shink at Champions Collide 3 back in November.

A win over Irvine this weekend will put Gomes at #2 and make a strong statement in the 55.4kg division.

Who do you think will win this bout between the two talented fighters? Let us know your predictions in the comments below.