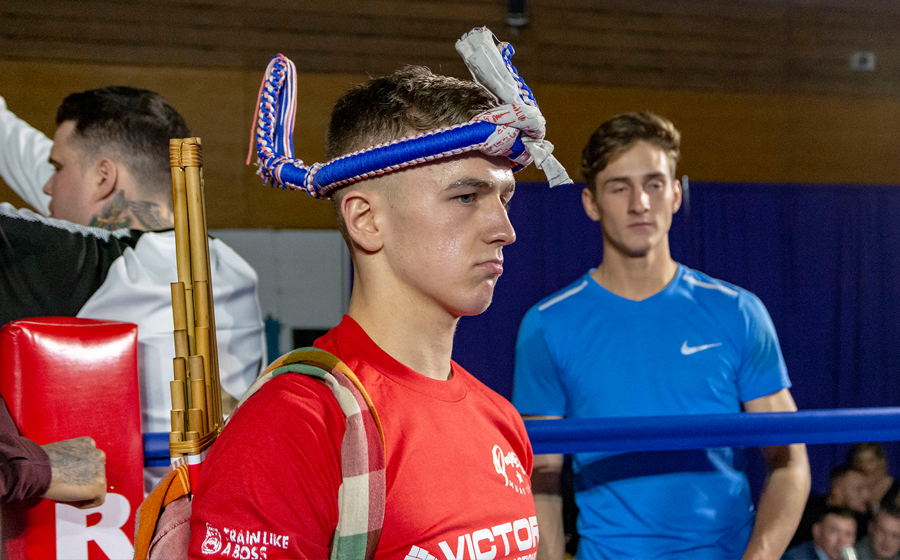 Our weekly rankings report will preview which top UK fighters are competing around the country for the upcoming weekend. This weekend we have Revolution Muay Thai in Glasgow, Stand Your Ground 8 in Liverpool and A Night of Muay Thai in Melton Mowbray.

Thai Fighter UK 57.1kg #6, Mondo Woodcock, will take on Spain’s
Gonzalo Tebar in the main event at the On-X in Linwood.

Mondo fought two Spanish opponents in 2018, getting stopped inside the first round by Kevin Vidal at Blitz 5 back in June and then beating Adrian Lopez via third-round TKO at YOKKAO Next Generation Scotland in September.

Coming off a British title loss against #1 Callum McGowan at Victory IV in December, Irvine will be keen to get back to winning ways against an international opponent in front of his home crowd.

In the female division, Sarah Stuart of Aberdeen Combat Centre will take on Kiatphontip‘s Kavi Beh in a decider for the -50kg #7 spot.

200-miles south, in Wallasey on Merseyside, 76.3kg #5, Karl Upton, will headline his home show in an A-Class bout against 2 Technical’s Prince Owhu.

Iman’s younger brother, Thai Barlow, who is the current 53.5kg #1 will face Spain’s Daniel Garcia in the co-main event and Assassins team-mate Tyree Stevens, who is ranked #5 at 55.4kg will also face a Spanish opponent in Julio Callirbos.