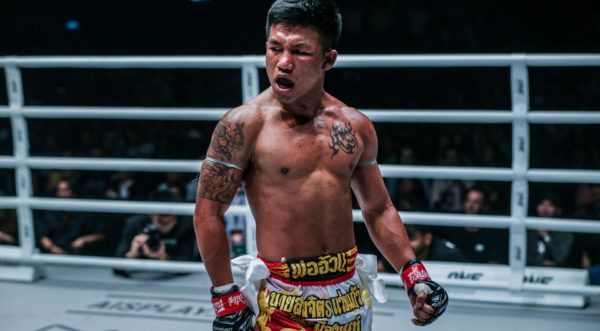 Moments ago, ONE Championship published an update on a replacement opponent for Rodtang Jitmuangnon. Originally scheduled to face Alejandro Rivas, Rodtang will now face Russian fighter Tagir Khalilov this Friday.

The statement published on the ONE Championship website explained the Spanish Kickboxing champion Alejandro Rivas has been forced to withdraw from the bout due to health and safety protocols.

Unfortunately for Rivas, this means a second ONE debut cancellation in the past 12 months. The first being at the beginning of the COVID-19 pandemic in March last year.

Replacing the Spaniard however will be dangerous Russian striker Tagir Khalilov.

Better known for his time in Thailand, Khalilov trained with fellow ONE Championship fighters Felipe Lobo and Magnus Andersson at Revolution Muay Thai gym in Phuket.

The Russian would later move back to his home country of Russia where he now trains out of Samingprai Muay Thai Gym in Yekaterinburg.

Now, he gets the opportunity of a lifetime as he signs a deal to join the World’s elite striking roster and face Rodtang Jitmuangnon on just one week’s notice.

ONE: FISTS OF FURY will air live from Singapore this coming Friday 26th February, featuring five epic Muay Thai and Kickboxing Super Series bouts. Your line-up looks like this: