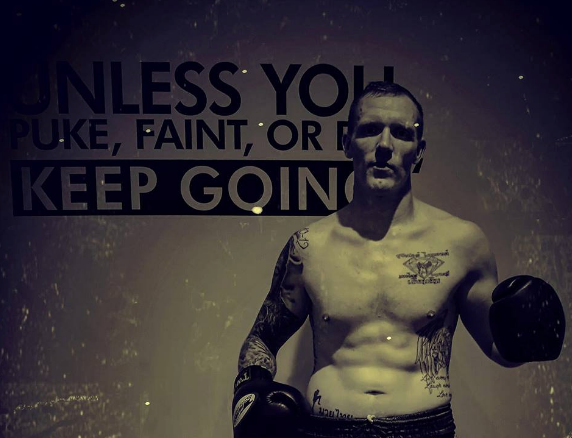 Share
Tweet
Share
Share
Email
Comments
Rob Allen is top of the bill for the upcoming Roar Combat 11 event in Birmingham. With a huge show lined up, Allen will be taking on an Irish opponent for the Road Combat League European title. Fight Record caught up with Allen ahead of his title bout this weekend. Allen recently returned to the ring after some time off and he has returned hungrier than ever!

Stopping Jay Steele in the second round on his return bout fills the midlands based fighter with confidence going into this bout. Find out what Rob has to say about his upcoming fight this weekend. If you would like to know who else is fighting on the event, you can head to the Roar Combat League 11 event page and get up to speed!

FR: I hear you and Jay came to a stop pretty quickly?
RA: The fight with Jay got stopped in the 2nd round, I found I was to strong for him in the clinch and just shut down any of his weapons on the outside and didn’t allow him to do anything he wanted.

FR:  Your opponent is coming off a big win back home in Ireland, which means his confidence will be high going in, how have things been for you in the run up to the fight?
RA: Yeah my opponent had a good win a few weeks ago in Ireland, but that’s Ireland and wasn’t against me.

FR: Roar Combat League 11 is shaping up to be a great show, who are you most looking forward to watching?
RA: The roar card is looking strong and I’m lucky enough to be top of the bill and to be fighting for one of their European title, it’s a real honour

I’ll be to busy getting ready to see any of the other fights sadly, but if I could watch any it would be Liam, he’s always entertaining.