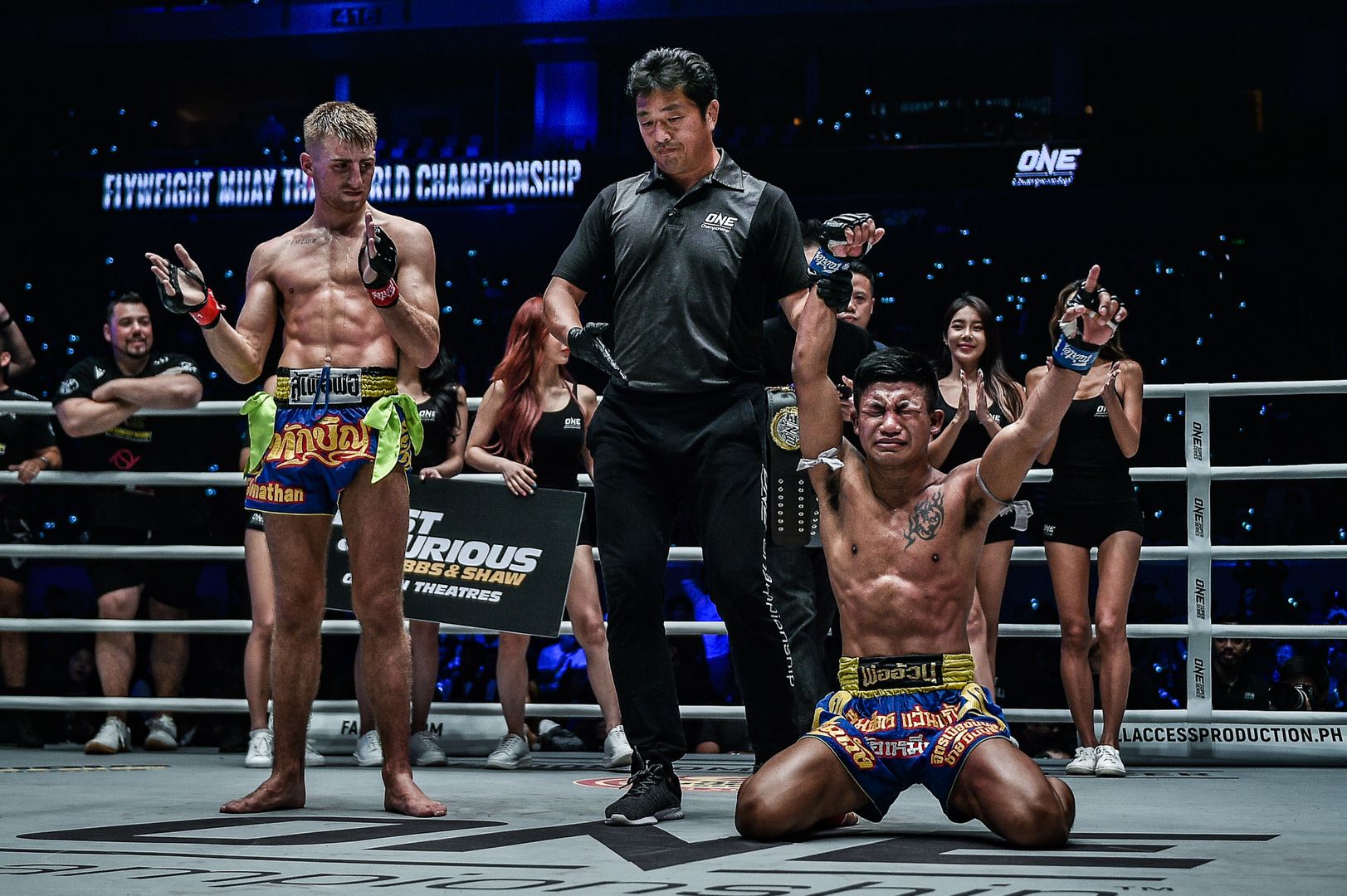 In an interview released by ONE Championship yesterday, the “Ironman” Rodtang said he has his eye on fellow-Thai, Petchdam Petchyindee Academy, who currently holds the ONE Kickboxing Flyweight World title.

When asked what’s next, Rodtang told ONE;

“I’m eager to see Petchdam Petchyindee Academy defend his ONE Flyweight Kickboxing World Champion later this month. Petchdam and I are 1-1 in Muay Thai in Thailand.

“I’d like to let Mr. Chatri Sityodtong know that I would like a shot at the ONE Flyweight Kickboxing World Title, and would be ready whenever the opportunity comes about.“

Petchdam will defend his Kickboxing Flyweight World title when he faces Dutch striker Ilias Ennhachi at ONE: DREAMS OF GOLD in Bangkok next Friday 16th August.

Do you think Rodtang should face Petchdam in a bout to potentially unify the two-sport titles, or is an immediate rematch against Jonathan Haggerty after such a close fight the next step for the Ironman?