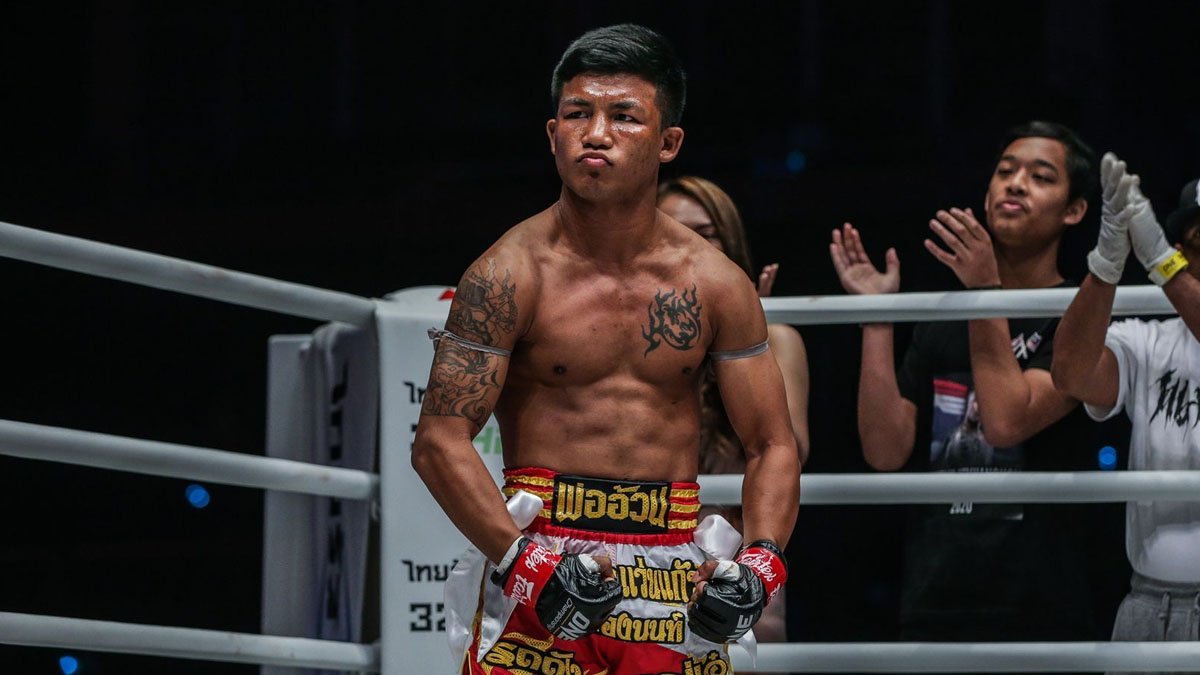 Rodtang Jitmuangnon continued his unbeaten run in ONE Super Series at ONE 157 on Friday, May 20. He faced British debutant, Jacob Smith in the quarter-final of the Flyweight Muay Thai Grand Prix.

The current ONE Flyweight Muay Thai World champion extends his ONE Super Series record to 11-0 after the victory.

Despite Smith landing some heavy shots of his own, it didn’t seem to phase the Ironman. Catching Smith’s kicks and returning with heavy punch and elbow combinations, Rodtang took control of the contest.

Throughout the second and third rounds, Rodtang looked calm and relaxed. Countering everything Smith threw at him, he bloodied the face of the UK #1 with vicious elbow strikes.

Towards the end of the third round, it was clear Rodtang was in full control of the bout. The bell rang to end the contest with Rodtang cruising to a unanimous points victory.

Immediately after the contest, Rodtang and Jacob Smith showed their respect for one-another. Rodtang helping wipe done the blood of the visibly disappointed Brit.

Rodtang will now move onto the semi-final of the Grand Prix, where he will face the “Baby Face Killer”, Savvas Michael.

This is how the ONE Flyweight Muay Thai Grand Prix semi-final looks;

With Rodtang extending his unbeaten run in ONE Super Series, can the Cypriot do what no man has come close to doing yet? Or will Rodtang continue his dominance of the Flyweight division and head to the final of the Grand Prix tournament?