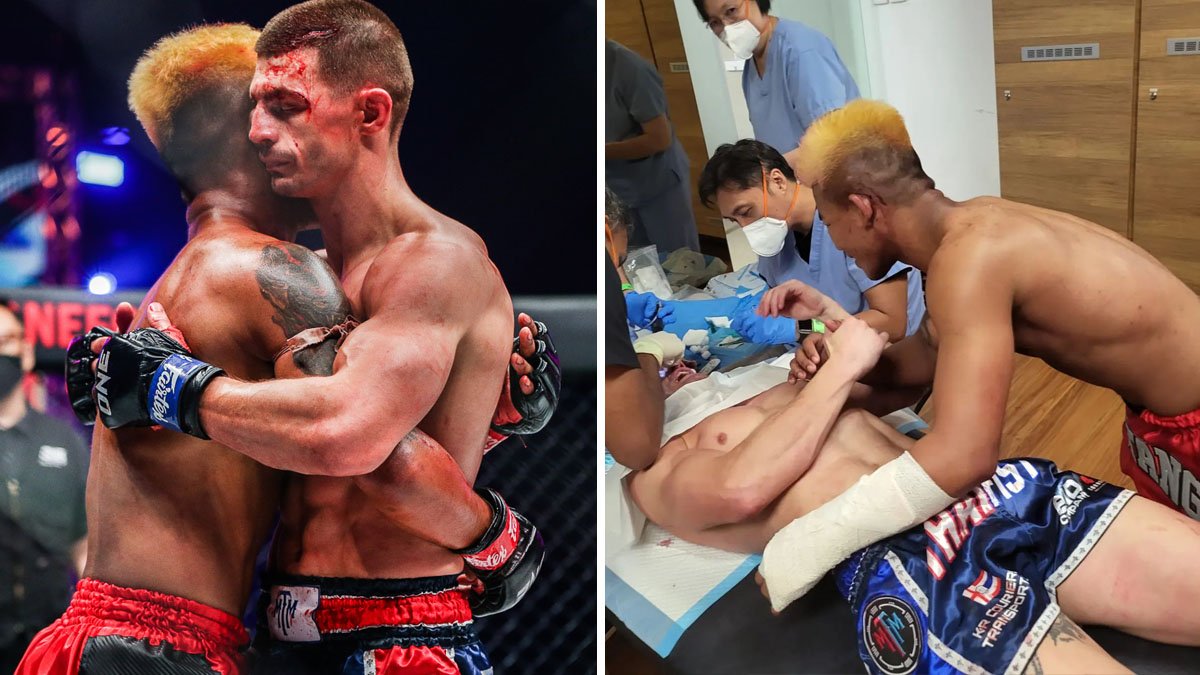 Rodtang and Jacob Smith put in a hard-fought three round Muay Thai war on Friday, May 20. The pair battled in the quarter-final bout of the ONE Flyweight Muay Thai Grand Prix.

Despite Rodtang looking in control throughout the bout, Smith showed true fighting heart as he absorbed everything the Ironman threw at him. Opening several cuts on Smith, Rodtang landed numerous heavy punch and elbow combinations, but the Birkenhead Bomber continued to march forward.

As the bell sounded to end the contest, it was clear Rodtang had taken the victory. Despite this, he immediately showed his respect for the British warrior. The pair embraced in a moment of respect. Rodtang even offered to help wipe down the bloodied face of Smith with his cornerman’s towel.

Following the bout, the fighters were seen backstage. Rodtang was pictured again showing his respect for Jacob Smith as he was getting his cuts stitched by the medics. Rodtang was also pictured with a cast around his left hand and forearm after breaking his hand.