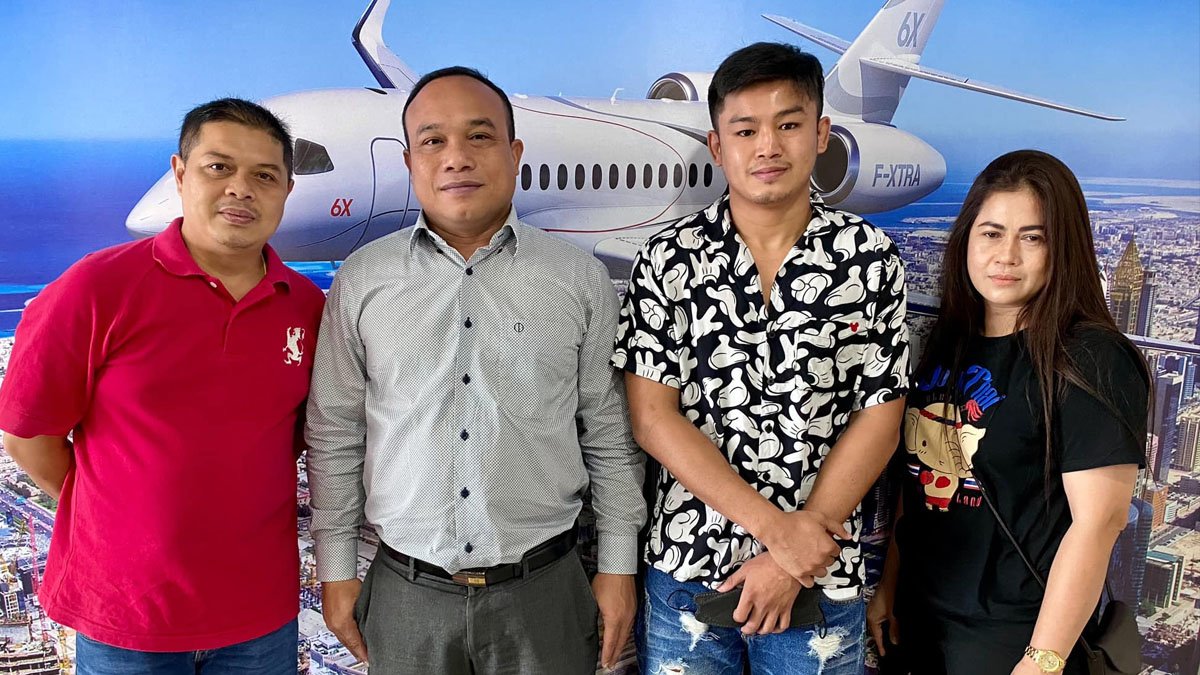 The “One Million Dollar Baby” took to his social media earlier today to make the announcement.

“My transfer to P.K.Saenchai is now complete. From now on, I will use P.K.Saenchaimuaythaigym.

“Thank you Father Saman (Camp Head), thank you Brother Te (Camp Manager). Thank you all for being together for the past years.”

Having fought Tawanchai (Thai: ตะวันฉาย) on three occasions in the past three years, Sangmanee will now be his team mate.

Sangmanee had been on a bad run of results since 2020, with just a single win in his past eight fights.

However, Sangmanee got back to winning ways with a huge victory over Kongklai (ก้องไกล เอ็นนี่มวยไทย) in March.

Since then, he has drawn against 2021 Sports Authority of Thailand Fighter of the Tear, Lammnamoonlek (Thai: ลำน้ำมูลเล็ก).

During his time in ONE Championship, Sangmanee was earned victories over Azize Hlali and Kenta. His last appearance however, resulted in a knockout loss to Kulabdam (กุหลาบดำ) in July 2020.