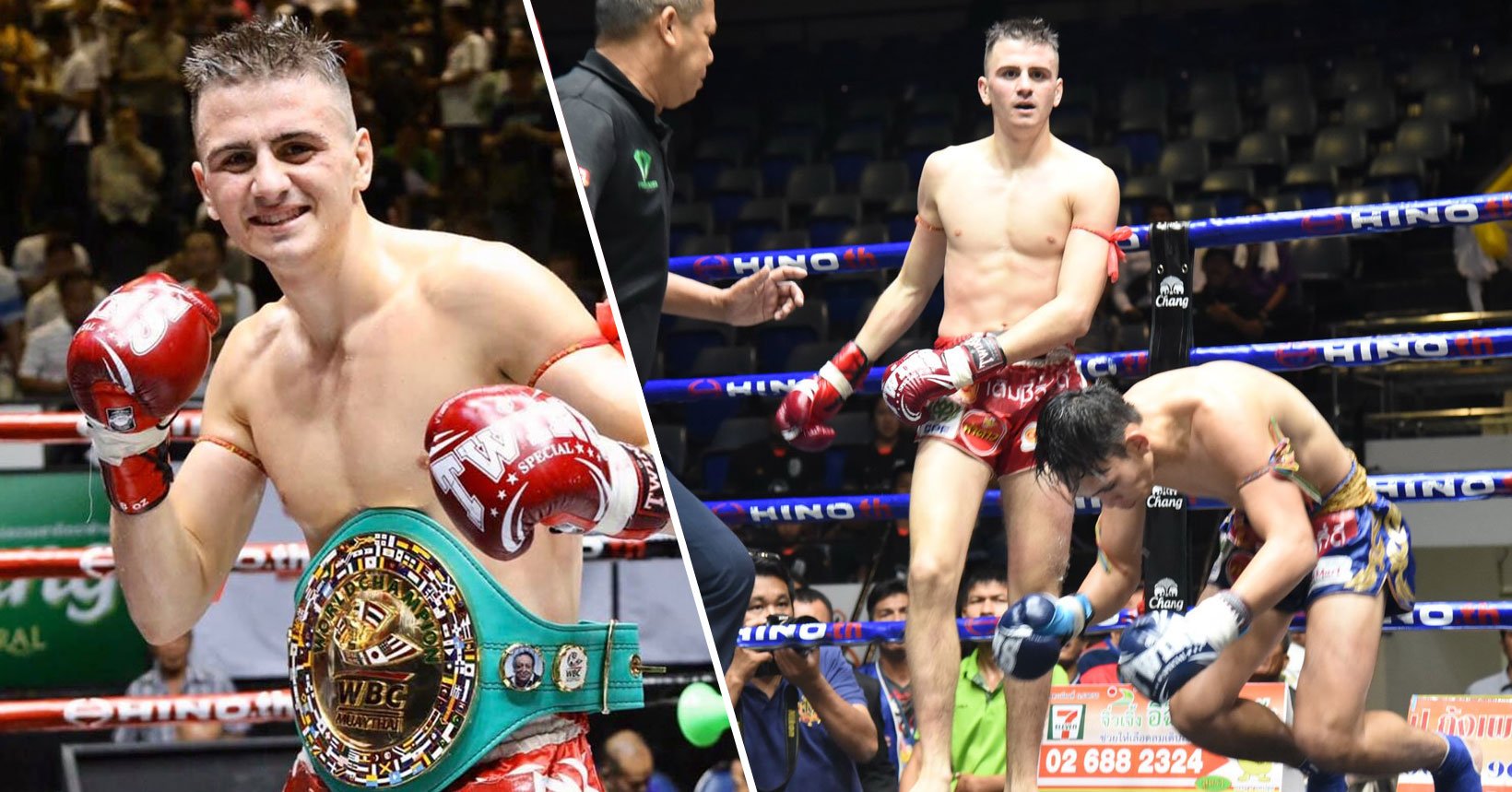 After months on the sideline due to an arm injury, the Cypriot sensation Savvas Michael returned to the ring earlier today where he faced WBC Muaythai World ranked #6 Dennanpho Sor Thanyaluk at Lumpinee Stadium.

The match up between the current #6 and #7 lightweight would be for the vacant WBC Muaythai Lightweight World title, and the Cypriot showed no signs of ring rust as he stopped his Thai opponent in his typical style, landing numerous body-head combinations with the referee calling the fight off in the fourth round.

Just over one-year on since his Toyota Marathon Tournament win over Julio Lobo at Rajadamnern Stadium, Savvas his since been on a rampage, claiming four stoppages in his last five victories, including two bouts on ONE Championship.

His last bout at ONE ‘DREAMS OF GOLD’ back in August ended in unfortunate circumstances as an awkward landing caused an arm injury with forced an end to the bout.

Now, after three months rehabilitation and easing back into full training, the Petchyindee star continued where he left off, reigniting his path of destruction with a dominant win over Dennanpho at Lumpinee Stadium this afternoon.

With just 3 losses in his 42-fight career, two of his losses avenged and the third loss an injury, the Cypriot Savvas Michael has shown he is worthy of the crown he now holds over the Lightweight division.