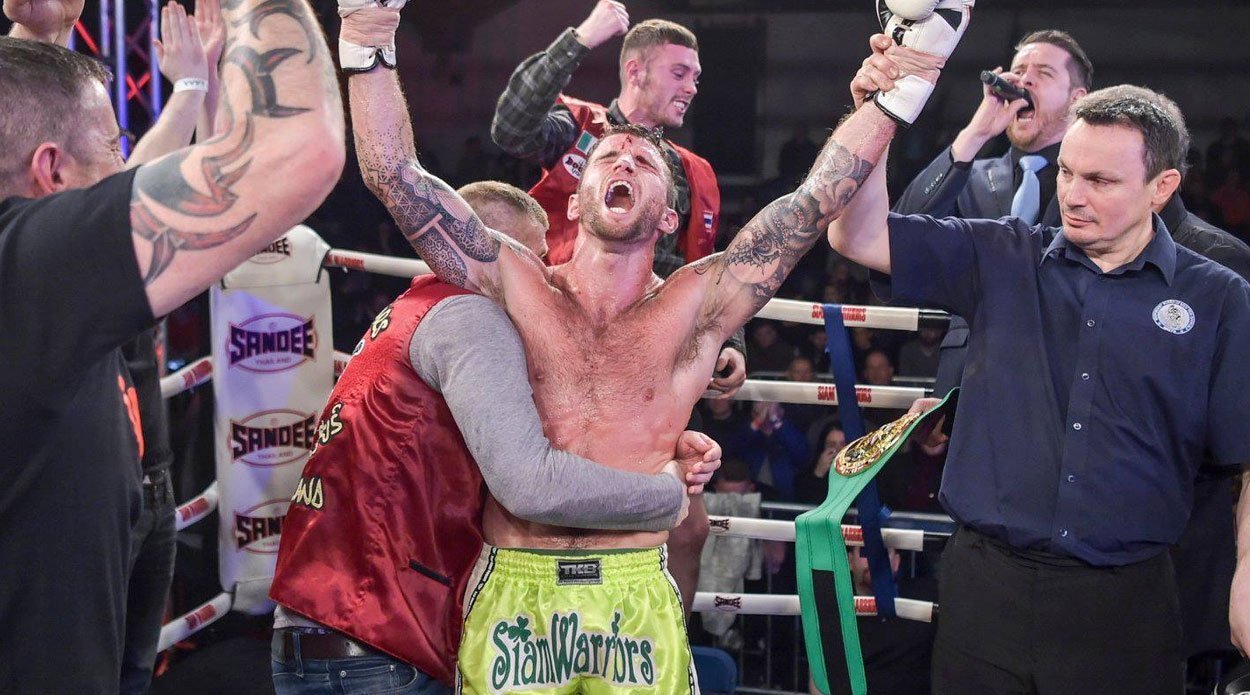 The Irishman, Clancy, who won the WBC international championship at Capital 1 / Lion Fight 52 in Ireland in March, now has the opponrtunity to face Italian Alessandro Sara for the vacant WBC Muaythai World title on his home show Siam Warriors Superfights in Cork.

Training out of Petchrungruang Muaythai Gym in Thailand, his opponent Alessandro has a rangey style and holds an impressive record, including experience at Lumpinee, Rajadamnern and Omnoi Stadium over his 77-fight career.

Scheduled to take place at the Neptune Stadium in Cork, this will be the second consecutive WBC title fight for Clancy in front of the Irish crowd.

Having beaten Australia’s Roy Willis for the International title in Dublin, Clancy entered the WBC Muaythai Top #10 Super-Lightweights in the World and will be looking to claim the top spot when he faces Alessandro Sara in July.